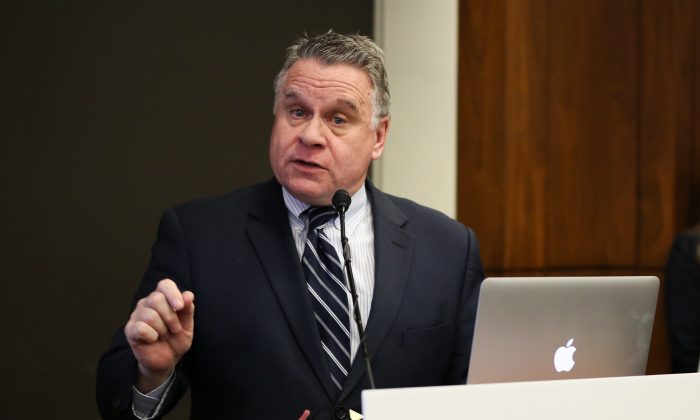 The Chinese regime’s expansive attack on the faith group Falun Gong shows that Beijing perceives freedom to be a threat to its totalitarian control, according to Rep. Chris Smith (R-N.J.).

The lawmaker also called on Congress to punish the communist regime for its forced organ harvesting of prisoners of conscience, including Falun Gong practitioners, a practice he described as embodying “inhumane savagery.”

Smith made the comments in a statement days ahead of the 23rd anniversary of a peaceful appeal by Falun Gong adherents in Beijing on April 25, 1999, when about 10,000 practitioners gathered at the Chinese Communist Party’s headquarters seeking an environment to practice their faith without state interference or harassment.

The appeal occurred three months before an expansive persecution campaign launched by the Chinese regime targeting the spiritual practice, one that still persists today.

“The Chinese Communist Party’s brutal response to peaceful Falun Gong demonstrators back on April 25, 1999, underscores the bitter truth that democratic freedoms were a perceived threat to the Chinese government then and remain a perceived threat now, with the communist regime doing everything it can to crush Falun Gong members in China every day,” the congressman said in an April 22 statement to NTD, an affiliate of The Epoch Times.

“Even something as innocent as sitting in a lotus pose represents an affront to contemporary China’s totalitarian overlords,” he added.

Smith was referencing a sitting mediation among five meditative exercises of Falun Gong, also known as Falun Dafa, which also consists of moral teachings focused on the core values of truthfulness, compassion, and tolerance.

Made public in northeastern China in 1992, the spiritual discipline had grown to become the largest and fastest-growing practices in China by 1999. Yet the then-Chinese leader Jiang Zemin, feeling threatened by its popularity, launched a massive campaign in July to persecute the practice and its adherents.

Since 1999, millions of Falun Gong adherents have been detained inside prisons, labor camps, and other facilities in China, according to estimates from the Falun Dafa Information Center.

“Today, Falun Gong practitioners continue to be arrested, imprisoned, tortured, and subjected to the cruelest of deaths—including live vivisections to remove their organs for sale in the medical marketplace—simply because they believe in basic human rights and the fundamental freedoms of religion, speech, and assembly,” Smith said.

“We admire their courage and commitment in the face of such oppression,” he added.

The lawmaker was referring to the Chinese regime’s forced organ harvesting from detained Falun Gong practitioners, a practice that an independent tribunal concluded in 2019 had occurred for years on a substantial scale, and continues to persist. The grisly practice involves imprisoned practitioners being killed for their organs to supply the lucrative transplant market in the country.

Smith previously introduced legislation to sanction officials involved in forced organ harvesting, and urged his colleagues to support the bill.

“Congress must act now to pass my legislation aimed at combatting human trafficking and the harvesting of organs and penalize countries that engage in or tolerate such inhumane savagery,” Smith said.