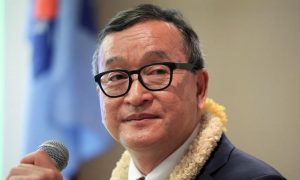 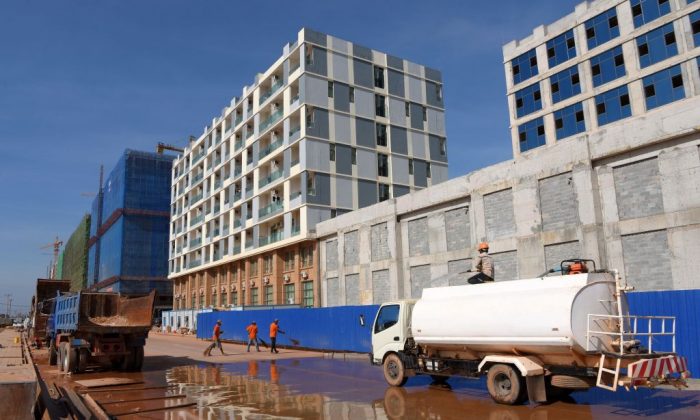 China’s One Belt, One Road Investments in Cambodia Under Scrutiny as Beijing Forum Commences

As China invites world leaders and representatives to the capital to sign investment deals during the Belt and Road Forum that begins April 25, criticism is mounting over the negative impact of such deals for participating countries thus far.

There is growing international concern about China’s ties with Cambodia, one of the earliest supporters of the One Belt, One Road initiative (OBOR, also known as Belt and Road). Launched by Beijing in 2013, it is the Chinese regime’s flagship project to build up geopolitical influence via investments across Southeast Asia, African, Europe, and Latin America.

On April 23, Cambodia’s English-language newspaper Khmer Times reported that Cambodian leader Hun Sen will lead a high-level delegation to attend the forum in Beijing. Cambodia’s foreign ministry has confirmed that a number of documents on Chinese assistance and cooperation projects are expected to be signed during Hun’s visit.

Hun also attended the first Belt and Road forum in 2017.

Cambodia is already heavily indebted to China. The country owes $3 billion, or nearly half of its foreign debt, to China, according to multiple sources.

In an interview with Radio Free Asia (RFA), Carlyle Thayer, emeritus professor of politics at the University of New South Wales, outlined the country’s financial burdens: It must pay back Chinese loans, in addition to shelling out maintenance costs for Chinese-financed infrastructure projects.

This could “result in Cambodia’s falling into the so-called debt trap,” Thayer said. “Chinese companies involved in providing infrastructure take possession of the infrastructure. This could hypothetically mean Chinese ownership of Cambodian ports and even airports.”

Beijing has invested in numerous OBOR infrastructure projects in Cambodia, such as an expressway linking the Cambodian capital of Phnom Penh to Sihanoukville, a city that houses Cambodia’s only deepwater port; a new international airport at the resort town of Siem Reap; and a hydropower plant in Stung Treng, a province in northeast Cambodia. Sihanoukville sits facing the Gulf of Thailand and is in close proximity to the South China Sea, where Beijing has made broad territorial claims.

In Sihanoukville, Chinese money has flooded in to build resorts, casinos, and skyscrapers. According to Reuters, Chinese developers have billed the coastal town a “first port of call on China’s Belt and Road” or “Macau Two,” referring to the Chinese special administrative region known for gambling.

Tokyo-based news magazine The Diplomat, in an article published on April 20, questioned whether Chinese investments were truly beneficial to Sihanoukville residents. It asked: “Beyond the menial jobs that Chinese investments offer, how many mid-management level jobs or skilled labor or engineering work do Cambodians have access to?”

Koul Panha, director of local NGO, Committee for Free and Fair Elections in Cambodia, said that Chinese investment is harming Cambodia, in an interview with RFA.

“Chinese investment in Cambodia lacks transparency and doesn’t help to promote democracy,” Panha said. It has instead left Cambodia “under Chinese influence both economically and politically.”

Days before the Beijing forum, the U.S. Embassy in Phnom Penh on April 19 posted on its official Facebook page a message about Cambodia’s economic relationship with China.

“China is Cambodia’s largest trade partner, but this relationship is heavily skewed in China’s favor,” the Facebook post read.

The post included a graph showing that Cambodia imported $5.286 billion worth of goods from China in 2017 while exporting $753 million to China in the same year. Meanwhile, Cambodia enjoyed a trade surplus of about $2.67 billion with the United States in the same year.

The trade imbalance with China does “not support jobs or industry in the same way Cambodia’s trade relationship with the United States or EU does,” the post read. “This is just one more way Cambodia has shifted from a more balanced and diverse economic approach to one more dependent on China.”

The Washington-based think tank Atlantic Council, in a strategy paper published in 2017, also warned of the risks involved with the China-Indochina Peninsula Economic Corridor (CICPEC), an OBOR-planned trade route Cambodia is part of.

“The CICPEC has the potential to erode the current security architecture in the region, allowing China to use its economic leverage to accumulate inordinate geopolitical power in its immediate neighborhood,” the paper stated.

Most recently on April 22, Sen. Bob Menendez (D-N.J.), while giving a speech at a regional security summit held in Greece, spoke about the need for the U.S. government to counter OBOR, calling it Beijing’s diplomacy a form of “manipulative investment.”

“The U. S. must lead efforts to engage recipient Belt and Road countries and empower them to negotiate Chinese investment on better terms,” Menendez added.