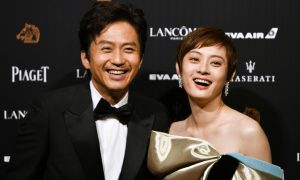 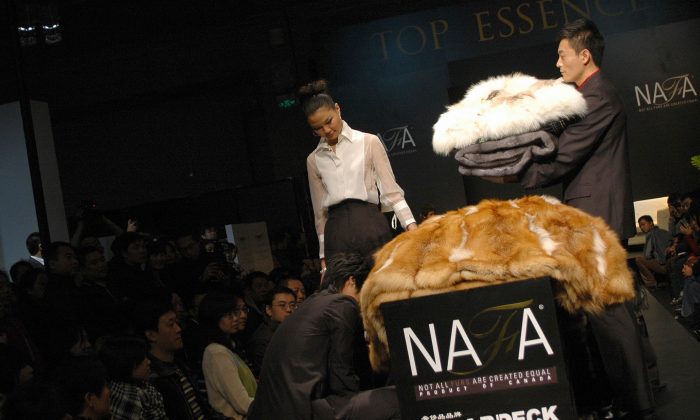 The Chinese regime, struggling with economic malaise and trillions in insolvent debts, has restructured its tax system to boost revenues. Per the reforms, which come into effect on Jan. 1, new measures will be introduced to tax wealthy individuals and crack down on tax evasion. Meanwhile, corporate taxes will be reduced so as to aid struggling firms and encourage innovation.

However, the reform is unlikely to address China’s heavy indirect taxes and fees, which run at some of the highest rates in the world.

A recent news story caught the attention of many people in China: A shop owner who purchases imported clothing and sells through the online shopping website Taobao was accused of tax evasion. The owner, Yu Yan, was fined 5.5 million yuan and sentenced to 10 years in prison.

Critics saw the penalty as harsh and unfair, compared to the fine imposed on Chinese actress Fan Bingbing for tax evasion. But most people are unaware of new tax regulations that took effect in the past two months.

In mid-September, China’s State Council issued an upgraded version of its “Mass Entrepreneurship and Innovation” guidelines. The full text is nearly 10,000 words and lists six major goals and eight major measures for corporate tax reduction. The most significant item is the reduced tax rate for all enterprises and the reduction of the social security tax rate to ease the burden on enterprises. The rest of the article encourages venture-capital firms to boost R&D expenses toward the development of new technologies.

The corporate tax-reduction plan benefits enterprises, especially small and medium-sized tech companies. But with an understanding of China’s taxation system and its lack of an institutional environment for promoting innovation, the plan looks good on paper only.

A few years ago, professor Li Weiguang of the College of Management and Economics in Tianjin University said the proportion of tax burden on private enterprises in China was rising—in 2015, it reached 51.43 percent, which was the “tax rate of death”—and would cause big problems for the economy. Although Li was silenced by the Chinese regime, it’s a fact that corporate tax burdens make it difficult for enterprises to survive.

The corporate tax must be reduced but the government needs to find a new source of taxation. A study conducted by Haitong Securities’ analysis team in 2017 shows the direction of the government’s tax plan. This study makes three arguments:

1. The tax burden of Chinese enterprises is high compared to developed countries and emerging economies.

3. The ratio of Chinese enterprises’ contribution to tax revenue is more than 85 percent, while the direct contribution of individuals is only 11.5 percent.

The solution provided by the study is to impose more taxes on the rich—such as property and inheritance taxes—to fill this fiscal gap. There are also other studies that support this idea. This is the focus of this year’s tax-collection strategy: reduce the corporate tax burden by imposing more taxes on wealthy individuals.

On Aug. 31, China’s Standing Committee of the National People’s Congress passed amendments to the Individual Income Tax Law—it was the seventh revision to the tax law since its creation in 1980 and seven years since the last modification.

The tax law has made two major adjustments. First, the adjustment of the personal income tax threshold from 3,500 yuan to 5,000 yuan ($504 to $720) per month, which may reduce the tax burden for low- and middle-income people. Second, the scope of taxation has been expanded to include “residents who have a residence in China or who do not have a residence but have lived in China for more than 183 days in the tax year” as “resident individuals” who have to pay personal income tax. “The resident individuals’ income earned within and outside China is subject to personal income tax in accordance with this regulation.” The amendments will go into full effect on Jan. 1, 2019.

For individuals who have a “residence in China,” it refers to “individuals who habitually reside in China due to household registration, family, and economic interests.” For details, please refer to the “Rules for the Recognition of China’s Tax Residents” published by the State Administration of Taxation. Once a person is qualified, he or she will be taxed on all income, earned in China or abroad.

Those who reside in China for 183 days out of the year, but live in another country for the rest of the tax year, are considered to be the upper class, who can afford such a lifestyle. The upper class include wealthy business owners and their relatives, and are referred to as “high net-worth individuals.” Therefore, this act of taxation is called “taxing the rich.”

The rich may think that China’s tax authorities won’t discover assets hidden in other parts of the world. The Foreign Account Tax Compliance Act (FATCA), introduced by the United States in 2013, makes it possible to track financial assets overseas and crack down on tax evaders. More than 100 countries and regions around the world, including China, Hong Kong, Taiwan, Macao, Japan, South Korea, and Switzerland, have joined this initiative, while some countries or regions such as Taiwan have created their own version of FATCA. Since 2014, FATCA has been in effect globally, and participating countries submit customer data to the Internal Revenue Service (IRS) every other year.

On Sept. 1, China officially joined the Common Reporting Standard (CRS)—an information standard for the automatic exchange of information (AEOI) regarding bank accounts on a global level between tax authorities—to stem tax evasion. China confirmed that 83 countries would agree to share information about financial accounts. By deciding to operate under the CRS, Beijing will come into greater cooperation with countries that wealthy Chinese often use to conceal their riches.

If a “resident individual” of China has an offshore bank account in a participating country, that individual’s financial information is transmitted to China’s tax authorities through the automatic exchange mechanism of the CRS. By sharing more tax information with other countries, the Chinese regime will be able to collect more income tax from more people and investigate various types of foreign investment.

The Chinese regime is always hungry for money—it must maintain a large bureaucracy, a large military and police force to maintain the stability of the country—and its taxation model is based on “taking money from the people and using it for the government.” Enterprises are heavily taxed but this can’t be sustained in the long-run. The regime is unable to extract much in the way of taxes from the low- and middle-income classes, so it must target the rich and famous.

Beijing is likely to impose property-holding taxes. Local governments have relied on selling land to developers as their primary source of revenue (in China, the state owns all property). But now that much of the land in urban areas has been developed, they need a new source of income: taxes. It isn’t a question of whether to levy the tax, but when to impose it.

He Qinglian is a prominent Chinese author and economist. Currently based in the United States, she authored “China’s Pitfalls,” which focuses on corruption in China’s economic reform of the 1990s, and “The Fog of Censorship: Media Control in China,” which addresses the manipulation and restriction of the press. She regularly writes on contemporary Chinese social and economic issues.