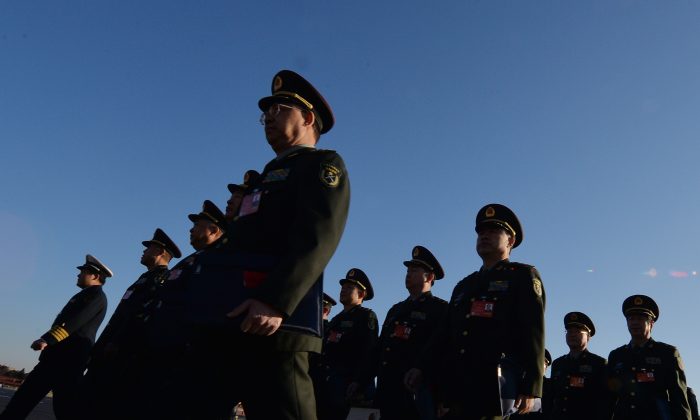 The new law includes Hong Kong, Macau, and Taiwan for the first time. It has caused some citizens and lawmakers of those places to express concern.

Article 11 states that “to defend the country’s sovereignty, unity and territorial claims, are the collective obligations of all Chinese citizens, including compatriots from Hong Kong, Macau, and Taiwan.” Article 40 mentions that “the Hong Kong SAR and Macau SAR should fulfill their responsibilities to uphold national security.”

According to some local pro-China media, those who call for “an end to one-party rule” will be prosecuted if they set foot in China. This has prompted legislators to ask for a full clarification from the mainland Chinese and Hong Kong governments.

On the day the new law was announced, Taiwan’s two main parties, the Kuomintang Party and Democratic Progressive Party, both issued strong statements claiming that laws passed unilaterally in China can have no impact on Taiwan’s future. Former Vice President of Taiwan Annette Lu criticized the new law as a manifestation of China’s growing impatience to annex Taiwan.

The Hong Kong government issued a brief statement that the law would not be applied in the territory.

Hong Kong Chief Executive Leung Chun-ying said that as a part of China, Hong Kong has the responsibility and obligation to defend China’s national security. However, he added that the territory is obliged to safeguard national security by implementing Article 23 of the Basic Law, but the government has no plans to enact such laws at present.

On the other hand, veteran journalist Ching Cheong dismissed claims that the new law would pose any immediate threats to Hong Kong. He said the law only lays down some basic principles, implying that it would not be put into practice in the near future.

Pro-China newspaper Sing Tao Daily said that according to “a source close to the central government,” those who support ending the one-party rule in China—such as Lee Cheuk-yan, former chairman of the Hong Kong Alliance in Support of Patriotic Democratic Movements in China, and current chairman Albert Ho—might face prosecution if they go to China.

Ching said he has reservations about the accuracy of the report and said it could merely be psychological warfare.

Lee Cheuk-yan said the news was an attempt to intimidate Hong Kong people to keep them from attending events to commemorate the Tiananmen Square Massacre. He demanded clarification from the Hong Kong government that no Hong Kong people would be subject to any form of reprisal for such attendance, or risk a complete breakdown of Sino-Hong Kong relations.

Albert Ho said he had no fear of persecution for exercising his right to freedom of speech and will still travel to China.

In response to claims that the new national security law would be applicable to acts committed by Hong Kong people in the territory, Democratic Party member James To, an expert on Article 23, said this might not be the view held by the highest authority in China.

He said that Chief Executive Leung and officials of China’s Legislative Affairs Commission adopted conciliatory tones after Hong Kong recently vetoed a political reform bill from the National People’s Congress, showing that the central government does not wish to agitate the Hong Kong people. He added that there might be divisions within the Chinese Communist Party (CCP) on this issue.

He said any attempts to apply the new law in Hong Kong would be rejected once they entered into the implementation stage. According to his analysis, the Jiang camp continues to lose ground in its rivalry with Xi, and the new national security law is therefore simply a toothless document that can have no impact.

Amnesty International urged Chinese authorities to abolish the new national security law immediately because the new law has a very vague definition of “national security,” which could provide the government with plenty of leeway to suppress human rights.

The International Federation of Journalists (IFJ), the largest international journalist association, also pointed out that journalists could run a higher risk of being prosecuted for violating “national security” in China, which would in turn destroy the basic principles of press freedom and the right and ability to access information.

The American network CNN criticized the new law as a tool employed by the CCP to hold on to absolute power. According to CNN, to the innumerable people who have been convicted and thrown into prison on charges of “subversion,” as well as government critics and human right activists, it is no news at all.