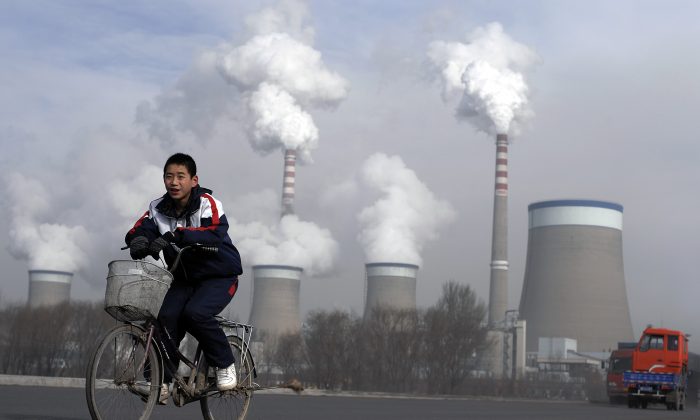 The findings show emissions from China’s new infrastructure industries are 7.24 percent lower than in traditional infrastructure. The industries covered by researchers include 5G technology, artificial intelligence, and data infrastructure, according to the report by Greenpeace, which was released on Wednesday.

Yet the report records few considerations for “greenness and inclusiveness,” adding that further policies need to be in place.

Experts believe that global efforts to fight climate change will be in vain without a dramatic cut in China’s carbon emissions.

China, the largest coal consumer and steel producer around the globe, is already the world’s largest source of greenhouse gas emissions. The nation emitted more greenhouse gases than all other developed countries combined in 2019, according to a May report.

The communist leader Xi Jinping claimed at an April summit that China “will strive” to reach carbon neutrality before 2060 and peak carbon emissions by 2030.

However, U.S. lawmakers said the Chinese regime cannot be trusted to act upon commitments to reduce carbon emissions, given its long track record of breaking promises.

To date, Beijing has not disclosed a national scheme to lower emissions.