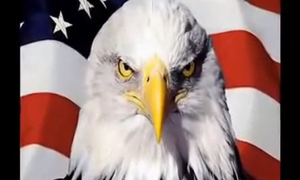 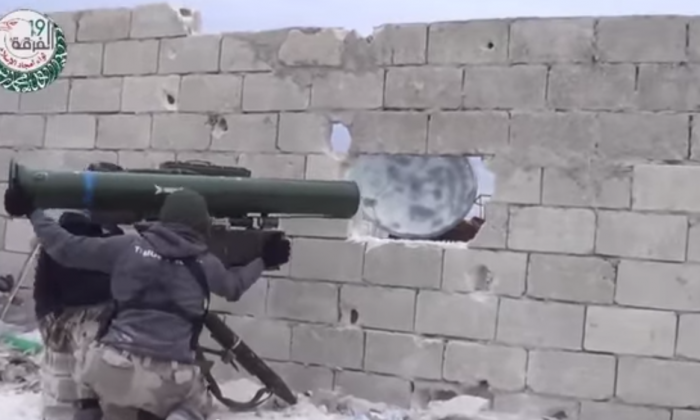 The Chinese regime is putting the finishing touches on its new HJ-12 anti-tank missiles. Its soldiers will be toting around the new weapons, which can destroy modern third-generation tanks, and China is also planning to sell the portable missile systems.

The HJ-12 is an anti-tank weapon. It’s able to target tanks close to 2.5 miles away, according to China Daily, the English edition of China’s state-owned People’s Daily.

China’s previous-generation anti-tank weapons have shown up in the hands of rebel groups around the world, including with ISIS. The video below shows Islamic combatants, allegedly with ISIS, firing a Chinese-made HJ-8 anti-tank missile at a Syrian tank.

Among the tanks the new weapon could allegedly destroy are America’s M1 Abrams, Russia’s T-90, and Japan’s Type 90 Kyū-maru. The modern, third-generation tanks were beyond the destructive capabilities of most troop-carried anti-tank weapons, but China’s new HJ-12 aims to change that.

The company that makes the HJ-12 is China’s state-owned weapons manufacturer, NORINCO. The same company has been feeding weapons into South Sudan. Vice News reported that in June, NORINCO sold $38 million in “assault rifles, grenade launchers, anti-tank rounds, and many millions of bullets” to South Sudan.

The weapons have been used in a bloody civil war in Sudan that has killed more than 10,000 people and displaced 1.7 million civilians. Vice reported that rebels are complaining over China’s role, saying the Chinese regime is “providing arms that are fueling the conflict in South Sudan through its arms manufacturer,” NORINCO.

Vice News reported that weapons used in Sudan often have their identifying marks sawed-off and are often passed through several hands.

The HJ-12 also bears a curious resemblance to America’s FGM-148 Javelin anti-tank missile carried by U.S. troops. Similarities are shared in the size, targeting systems, method of firing, and even the basic design.

If the Chinese regime does sell the weapon, it could end up in the hands of small militaries or even terrorist groups. An anonymous military expert told China Daily, “I think its potential buyers will be militaries from developing countries that have to deal with third-generation tanks.”

This video shows a rebel group in Syria allegedly firing China’s HJ-8 into a Syrian army artillery base:

Here’s another of the HJ-8 being fired at a vehicle convoy: