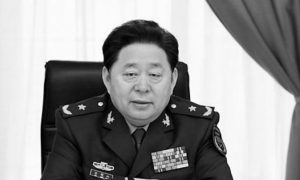 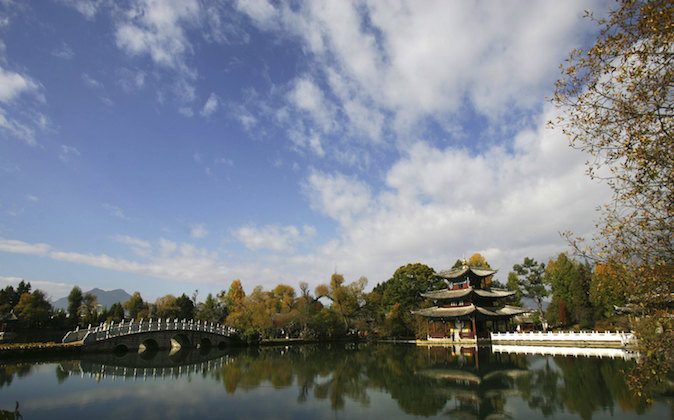 Of all the corrupt officials to be taken down in China, many of the targets are obvious: oil barons, spymasters, security chiefs. And now: landscapers?

According to recent reports, parks and greenery administrators nationwide have been using their knowledge of trees and plants—which neophyte can tell the difference between 7,000 and 8,000 trees, for example?—to wring millions of dollars from the taxpayer, according to Legal Weekly, a state-run publication.

One common tactic is to get funding for landscaping projects, then exploit the difference between projected costs and actual costs. For example, officials insist on valuing all trees above three feet in height by their broadness, when a range of other metrics—species, age, height, branch shape, etc.—are normally taken into account in determining their price.

Officials in some regions have been known to remove trees lining roads during an expansion project, request and keep state funding for new trees, then replant the old ones once the work is done, Legal Weekly reports. Because its hard to tell trees apart solely by looks, no one is any wiser once the switch has been made.

With no one informed enough to mind the gardeners, corruption can get out of hand.

In 2010, Liu Defu, the former director of the Bureau of Parks and Greenery in Yunnan Province, southwestern China, secured 70,000 yuan to plant trees in a barren hill as flood control. He made several false deals with contractors to give his project an air of legitimacy, claimed that funding had run out, then asked the government for more money. Liu eventually made 9.9 million yuan from that project by repeating this tactic.

At a Wedding, Airport, or the Office—China Anti-Corruption Agents Take Targets Unawares

Of course, officials can also extract kickbacks from the landscape designers, earthworkers, planners, project supervisors hired to do the job. Xinhua, the state mouthpiece, reported on these and other cases in detail.

Zhao Guiqiang, the director of the Bureau of Parks and Greenery in Lijiang city, Yunnan Province, was found to have received at least 500,000 yuan in assets from various work contracts. Investigators suspected him of having additional 1.6 million yuan squirreled away somewhere.

Weeding Out the Gardeners

The Bureau of Parks and Greenery was generally presumed to be a “clean” government department with little chance for corruption—an image that is quickly being revised as the Chinese regime starts investigating and punishing pilfering landscapers.

On April 9, China’s anti-corruption agency wrote on its website that Yu Shouming, the director of the Bureau of Parks and Greenery in Chongqing city, Southwest China was being investigated for “serious violations of discipline and the law.”

In March, Zhou Yinlin, the landscaping director of Chongqing’s Yuzhong Municipal, lost his job, was expelled from the Communist Party, and was given an eleven-year jail sentence after he was found guilty of abusing his position for personal gain, and taking huge bribes. Seven landscaping officials from Tongliang Municipal were also investigated and disciplined for corruption that month.

“As long as there’s power, there’s a chance for corruption,” said Peng Xiaoping, a lecturer at Chongqing University’s School of Public Affairs, in an interview with Sina, a popular web portal.

“The multiple corruption cases from the “clean” Bureau of Parks and Greenery shows that the malaise is not limited to powerful government departments,” Peng added.

The Central Commission for Discipline and Inspection, the Communist Party’s internal control agency, has purged numerous high-ranking officials in various government departments and industries like telecommunications, electricity, and petroleum over the last two years as part of Chinese leader Xi Jinping’s anti-corruption drive. Now the gardeners are being targeted.