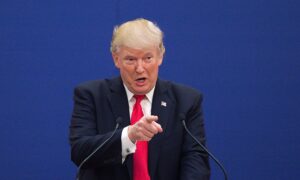 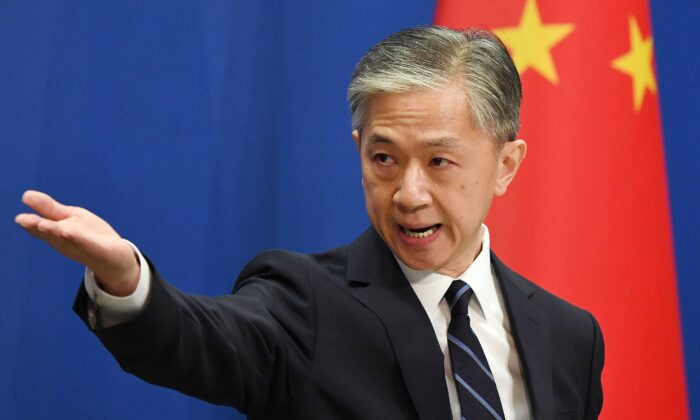 After finding itself cornered over the handling of the novel coronavirus, appropriately named the “CCP virus,” China is embracing an offensive mode globally.

The Chinese foreign ministry has now instructed its ambassadors to aggressively defend its interests and reputation, even if at the cost of diplomatic niceties. Following what has been named “wolf warrior” diplomacy, these diplomats are now actively pushing the Chinese regime’s agenda by employing the tools of attacks, fake news, propaganda, and conspiracy theories. However, countries around the world, instead of being cowed down, are now standing up to this diplomatic offensive and China’s hegemonic ambitions.

Nowhere is this shift more pronounced than with China’s neighbors in the Indo-Pacific. For years, being at the receiving end of Beijing’s assertiveness in territorial disputes, threats of economic coercion, and an aggressive push into their markets, countries of the Indo-Pacific are now making their voices heard.

Utilizing the opportunity offered by Beijing’s CCP virus cover-up, these countries are now demanding answers from China, re-aligning their defense postures, and coordinating with like-minded allies.

Australia, which for years, has had a prosperous trade relationship with China and flourishing people-to-people contact, is now willing to take on the growing brazenness from Beijing. Alarmed by the growing Chinese influence in Australia’s neighborhood of the South Pacific, Prime Minister Scott Morrison’s government since coming to power last year has attempted to contain Beijing by offering economic assistance and infrastructure development, combined with growing political outreach to the Pacific island states.

On top of that, Canberra on July 1 announced the most significant upgrade for its armed forces in decades, by unveiling defense spending worth around $187 billion. The advanced capabilities that Australian defense forces are expected to take on are a long-range anti-ship missile system and hypersonic weapons. These signal a change in Australia’s strategic thinking, in line with the deteriorating security environment in the Indo-Pacific.

Australia is not just recalibrating its posture, but also coordinating with its allies. Following the virtual summit between Morrison with his Japanese counterpart Shinzo Abe on July 9, both countries agreed to facilitate joint military exercises and other activities of their defense forces in each other’s countries. Moreover, in a move that will certainly rile China, both leaders also agreed that Taiwan should participate in the World Health Organization as an observer. China considers Taiwan a renegade province.

The Japan–Australia summit followed the ninth round of the Trilateral Defense Ministers’ Meeting between Japanese Defense Minister Taro Kono, U.S. Defense Secretary Mark Esper, and Australian Minister of Defense Linda Reynolds on July 7. The defense ministers in their meeting pointed out other disturbing trends in the Chinese offensive in the South China Sea—“the continued militarization of disputed features, dangerous or coercive use of coast guard vessels and ‘maritime militia,’ and efforts to disrupt other countries’ resource exploitation activities.”

Over the last few years, Beijing has persisted in its use of this militia, primarily because there has not been a military response from any of the concerned powers. Most recently, Beijing used this tactic against Indonesia in January 2020 to ingress into the country’s Exclusive Economic Zone by 70 nautical miles in a show of strength. However, as Beijing continues to push the envelope, Jakarta has demonstrated that it’s no longer willing to be a docile witness to the former’s antics.

While the CCP virus provided the necessary impetus for many of China’s neighbors to be vocal, Beijing’s invocation of the national security law in Hong Kong, a former British colony, has given the much-required thrust to the “Five Eyes” countries to push back. In a rare joint statement in May 2020, four members of the alliance—the United States, UK, Australia, and Canada—censured China for imposing the national security law and defended Hong Kong as a “bastion of freedom.”

Meanwhile, Australia and Canada have announced a review of their ties to Hong Kong. Likewise, the UK has confirmed that it will open a pathway for citizenship for Hong Kong residents with the right to a British National (Overseas) passport.

Most recently, the fifth member, New Zealand, following a consultation call between the Five Eyes’ foreign ministers on July 8, announced a review of ties with Hong Kong, including a reappraisal of extradition arrangements, controls on exports, and a travel advisory for its nationals.

Re-alignment caused by the Chinese aggressiveness is not just limited to its neighbors. In Europe, which has been touted by Beijing as the continent receiving the windfall from China’s ambitious infrastructure connectivity project, the Belt and Road Initiative, the consensus is emerging to counter China.

Most recently, a new coalition of legislators from 16 European countries and the European Union was set up called the Inter-Parliamentary Alliance on China. It describes itself as “an international cross-party group of legislators working towards reform on how democratic countries approach China.” One of its recent most high-profile campaigns urged the member countries to review extradition treaties with Hong Kong.

This push on political issues is matched by a growing squeeze on Chinese technology companies, which for years have had free rein in markets around the world by offering cheaper low-quality alternatives—hardware and software. However, it appears that Beijing’s hegemonic pursuits may have been nipped in the bud. Following India’s ban of more than 50 Chinese apps, the United States is contemplating a similar move. Besides, the United States, the UK, too, has made up its mind, as evident from its decision to exclude Huawei from its 5G network. France, too, is taking steps to restrict Huawei’s role in its telecom network.

Even as the global community is united in its response to tackling the mess created by the CCP virus pandemic, Beijing is evidently on a different trip as its actions in Ladakh, the South China Sea, Taiwan, and Hong Kong demonstrate. U.S. officials have already described China as the most dangerous military rival.” Unless Beijing takes steps to correct its mistakes, dial down its rhetoric, and address the disputes, it’s likely that this growing surge of anti-China sentiment may turn into a tsunami.

Tahir Aslam Gora is a Canadian broadcaster, editor, publisher, translator, and writer. He is the co-author of “The Danger of Political Islam to Canada, with a Warning to America.”