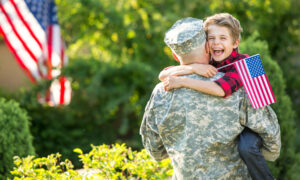 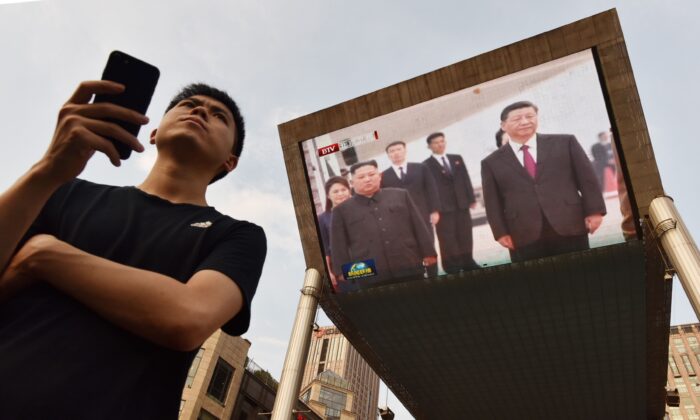 A man waits for a taxi as news footage of Chinese leader Xi Jinping (R) being greeted in Pyongyang by North Korean leader Kim Jong Un is shown on a large screen behind him outside a shopping mall in Beijing, China, on June 20, 2019. (Greg Baker/AFP via Getty Images)
China Business & Economy

China’s exports to North Korea reached a six-month high in March, over 398 times the total of the previous two months, China’s General Administration of Customs reported on April 18.

China has been North Korea’s largest exporter and importer. The sharp increase in Chinese exports has caught people’s attention, with some saying it might be a sign of Pyongyang easing border restrictions that were imposed early last year due to COVID-19 while Kim Jong Un’s regime claimed to have zero infections.

On Feb. 3, the COVID-19 Vaccines Global Access (COVAX) program announced (pdf) that it would distribute close to 2 million doses of Indian-made AstraZeneca/Oxford vaccine to North Korea. On March 2, the program said (pdf) 1.7 million doses would be delivered to Pyongyang by May.

The COVAX allocation will mean that about 3.9 percent of North Korea’s 25.65 million population will receive two doses of the vaccine.

If Kim Jong-un decides to open the border wider after receiving the Indian COVID-19 vaccines, China might receive a big benefit from the trade.

North Korea is one of the most closed economies in the world and doesn’t publish its trade data. Its trade is obtained from its trader partners’ reports.

According to data compiled by the United Unions, North Korea conducted business with 47 countries in 2020. It had bilateral trade with some of these, such as Germany, the Netherlands, and India. It had unilateral trade with others, such as $14.19 million in exports to Myanmar, and $2.68 million of imports from Switzerland.

The trade between China and North Korea may be in violation of the sanctions put in place by the United Nations. In January 2003, Pyongyang unilaterally withdrew from the U.N.’s Treaty on the Non-Proliferation of Nuclear Weapons. From 2006 to 2017, the regime performed six nuclear weapon’s test explosions.

To stop North Korea’s nuclear weapons development, the United Nations banned Pyongyang from importing weapons, oil, and gas products, and from selling several types of metals, seafood, coal, and textiles. The United Nations even banned North Koreans from working in other countries.

But it remains unclear whether the products China is trading with North Korea are in line with U.N. sanctions. The data shows that a large number of North Koreans are working in China.

The Yalu River separates China and North Korea. Trade across the river is significant.

The export figure has a big rise from the previous months, while the import is at a similar level.

The exports in March in fact reached the highest point since September 2020, when China shipped 131.46 million yuan ($20.25 million) in goods to this neighbor.