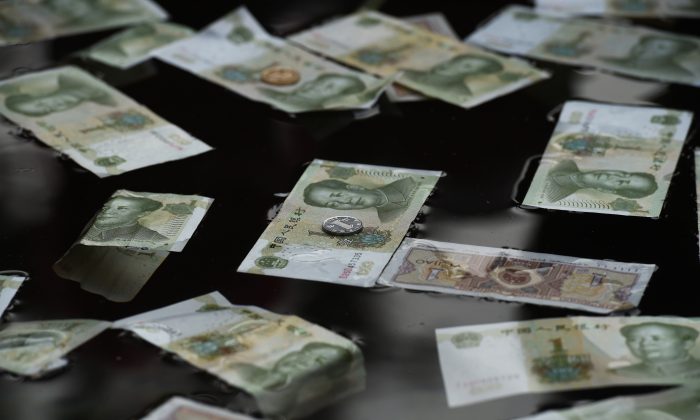 Many countries around the world are replacing their old bills with coins to increase the money’s durability and curb counterfeiting, among other practical reasons. China is replacing its one dollar bills for the aforementioned reasons—and for censorship.

On Jan. 12, the Jinan Branch of People’s Bank of China announced on its website that commercials banks would stop issuing 1 yuan bill and instead issue 1 yuan coins. This initiative will start with 5 cities in the province of Shandong in eastern China before being extended to an additional 4 cities. The goal is to eventually stop the circulation of the bill in the chosen cities.

The bank did not provide a reason for its decision. However, many Chinese media, including People’s Net, the online version of state mouthpiece People’s Daily, applauded the decision. Chinese media noted that moving from paper money to coins brings several advantages: longer money durability, convenience, health reasons (coins can be cleaned), and environmental benefits (coins can be recycled).

Switching to coins would also help “to eliminate the spread of reactionary comments with the small denomination banknotes by criminals” and “cleanse the money circulation environment,” according to People’s Net.

Chinese state media doesn’t make it clear who these “criminals” are or what they mean by cleaning up the “money circulation environment.” However, a group of Chinese people have been actively writing on paper bills to raise awareness of an ongoing persecution.

Practitioners of Falun Dafa, or Falun Gong—a self-improvement practice that involves meditative exercises and moral teachings of truthfulness, compassion, and tolerance—have for the past 16 years been suppressed by the Chinese regime. According to incomplete data from Minghui.org, a clearinghouse of information about the persecution of Falun Gong, over 3,900 practitioners have been killed and hundreds of thousands of others have been incarcerated in the regime’s prison system.

To counter the Communist Party’s propaganda against Falun Gong, some practitioners write messages on Yuan notes in the hopes that their fellow Chinese citizens will chance on their message when making purchases. Commonly written writings include: “People from All Over the World Know Falun Dafa Is Good” and “The Whole World Will Put the Murderous Party on Trial.”

China’s Internet users’ reaction to the discontinuing of the 1 Yuan bill proved mixed, with some preferring bills while others favoring coins. But Chinese netizens certainly believe that censorship is one of the reasons for phasing out of paper money, and they are critical of the Chinese regime for doing so.

“Explanations that betray public opinion are more easily rolled out,” wrote “Focused on Being a Good Person for 30 Years” on Sina Weibo, China’s Twitter-like service.

“The real reason is not hygiene or financial issues, but because reactionary comments, a prevalent phenomenon, can be too easily written on the 1 Yuan note,” wrote Anhui netizen “To Lie.”