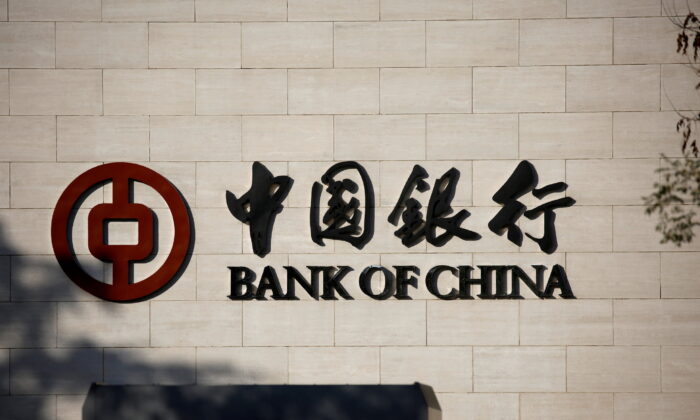 SHANGHAI—Five of China’s largest banks have said the country’s lenders face multiple headwinds this year that include the pandemic, global politics, and domestic turmoil in the real estate industry.

“The global epidemic will continue to recur, the easing policies of developed economies will be withdrawn, geopolitical conflicts will intensify,” Bank of China (BoC) also said on Tuesday.

Meanwhile, the president of China’s Bank of Communications Co. Ltd. (BoCom), on Friday said it would be difficult for the bank to deliver satisfactory earnings this year.

China has been battling a surge in COVID-19 infections in some of its largest cities, which has led to partial and full-scale lockdowns which analysts say will be a drag on the economy.

The main impact on banks will be “rising loan delinquencies among service sectors,” said Nicholas Zhu, a banking analyst at Moody’s.

“These industries include wholesale and retail, leisure travel, and other consumer discretionary services,” he added.

The banks’ warnings about the difficult outlook came alongside full-year net profit figures from the five lenders which beat estimates.

It was the same story at BoC, CCB, and BoCom.

The non-performing loan ratios at four of the five lenders fell, though it increased at BoC.

Since the introduction of the “three red lines” rules on debt ratios last year, developers large and small have had cash flow issues.

However, large banks’ exposures to distressed developers such as Evergrande only account for a small proportion of their loan books and shareholders’ equity, said Zhu.

“The impact on some regional banks will be larger because of their portfolios’ higher concentration and fewer mitigants,” he added.

The net interest margin, a key gauge of bank profitability, stood steady at all the lenders other than CCB.