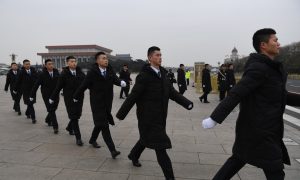 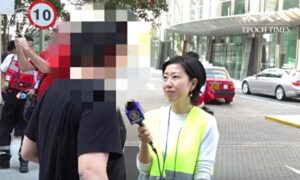 In what some Chinese lawyers are calling a foreboding sign of authorities’ impending crackdown, China’s Justice Ministry began revoking licenses from two groups of lawyers in recent months.

Legal professionals who spoke to The Epoch Times said they were worried about the tightening control.

In late July, the Justice Ministry issued a directive for authorities to revoke the licenses for two groups: lawyers who have citizenship other than Chinese nationality, and those who hold another job other than their legal work.

China does not allow dual citizenship. However, many wealthy and powerful Chinese elite apply for citizenship in another country and do not report their foreign citizenship status to authorities.

Meanwhile, many lawyers in China hold other jobs in order to make a living.

Wu Kuiming, human rights lawyer in Guangdong Province, told the Chinese-language Epoch Times in a phone interview that the license revocations began in April, as required by the Justice Ministry. But the ministry did not issue a formal document until July.

For example, the Hunan provincial justice department said that between April 13 and Aug. 27, it revoked at least 1,436 lawyers’ licenses, according to its official website. Hunan has a total of 12,806 lawyers, according to the Hunan Lawyers Association. That means about 11.2 percent of lawyers lost their ability to practice law.

On Aug. 27, the Hunan government said it revoked 193 lawyers’ licenses, but did not list the reason.

Xie Yang is a lawyer in Hunan Province. He was detained during the “709 Incident,” a nationwide campaign to arrest human rights activists and lawyers that occurred on July 9, 2015. Xie was charged with “inciting state subversion”—a catch-all offense often used on dissidents— and detained in prison for over 30 months. On Aug. 11, Xie was informed that the Hunan provincial justice department revoked his lawyer’s license.

“Once human right lawyers lose their licenses, it will be very hard for them to apply for a new one,” Xie said.

“This is the prelude. The regime will control lawyers more and more strictly [in the future],” Xie added.

He added that in recent years, lawyers have felt increasing pressure to toe the Chinese Communist Party’s line, and more restricted in how they can uphold rule of law.

“Now in mainland China, lawyers basically don’t have the right to speak. For a normal administrative case [involving a government department], lawyers have to hand in the defense arguments that they prepared to judicial authorities for approval. The officials will then tell the lawyers what they can and cannot say while in court,” Xie said.

Li Qingliang, a Beijing-based civil and commercial paralegal, told the Chinese-language Epoch Times that the “lawyer license, law firm, and lawyers association are three shackles that [control] Chinese lawyers. After the Justice Ministry finishes this round of revoking lawyer’s licenses, real lawyers won’t exist in China.”

Local lawyer associations issue licenses to law firms or lawyers that grant them permission to hire paralegals. Though lawyers associations appear to be private organizations on the surface, they are overseen by government organs.

To obtain a lawyer’s license in China, one needs to pass a central-government-organized bar exam, then find a qualified law firm and a qualified mentor-lawyer at the firm who is willing to hire the individual for at least 12 months as a paralegal or intern.

The paralegal then needs to apply for an interview with the local lawyers association after finishing the 12-month internship. After paying training and testing fees, paralegals still may not be able to obtain the license. Some paralegals have said on social media that they had to bribe officials at local associations.

Li said he passed the bar exam in 2008, and began working as a paralegal in 2018. In May, he had an interview with the Beijing Lawyers Association for his lawyer license after he paid a 1,950-yuan ($285) training fee.

However, the lawyers association claimed that Li didn’t have enough legal knowledge and rejected his application.

Li then filed a lawsuit against the Beijing association before the Dongcheng District Court in Beijing in May, contesting its refusal to grant him a license.

Li isn’t the only paralegal to file such a lawsuit.

In September 2019, paralegal Zhang Wenpeng filed a lawsuit against the Shenzhen city Lawyers Association and Guangdong Lawyers Association before the Yantian District Court in Shenzhen, also contesting their refusals to grant him a license after completing the required procedures.

However, two months later, Zhang was forced to resign from the law firm he worked at, after the law firm was investigated by local authorities.