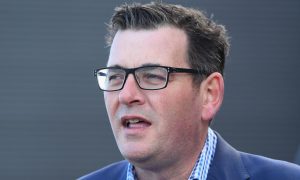 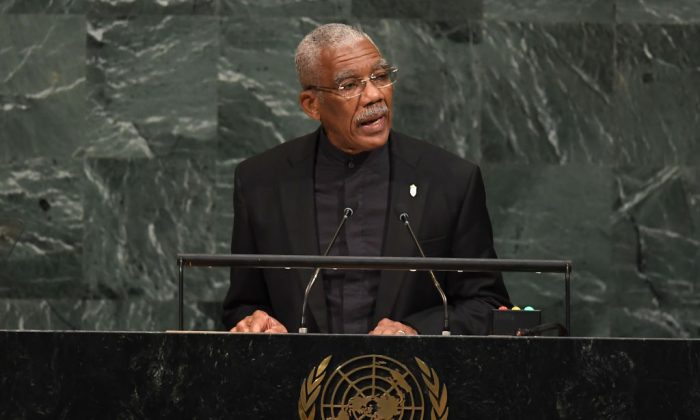 China’s growing investments in Guyana is causing concerns among experts, as the South American country experiences uncertainty surrounding its president and its massive offshore oil reserves.

Guyana’s coalition government under President David Granger fell after a no-confidence vote in the National Assembly in December last year. According to Reuters, the opposition accused Granger’s government of mismanaging the country’s oil resources by granting ExxonMobil overly generous terms in its contract for extracting oil. Under an agreement signed in 2018, Guyana and ExxonMobil each would get 50 percent of the oil profits.

ExxonMobil made the discovery of an oil reserve at Stabroek Block, 6.6 million acres in size and located about 120 miles offshore from Guyana in 2015. The company announced in December 2018 that the reserve could hold more than 5 billion barrels. Commercial oil production is expected to begin by early 2020, and output could reach 750,000 barrels per day by 2025, ExxonMobil has said.

While Guyana currently isn’t an oil-producing nation, its newly discovered oil reserves would place the country as one of the world’s top producers. Given that the country is one of the poorest nations in the Western Hemisphere, observers have speculated as to whether or not the oil reserves can turn its economy around.

Granger’s government announced that it would challenge the no-confidence vote in court, according to a Jan. 4 article by Reuters. However, if the vote isn’t overturned, a general election will be held before the end of March.

Abena Rockcliffe, a senior journalist at Guyana’s daily newspaper Kaieteur News, told Dialogo Chino that the country’s experience with past Chinese investments has “always left [Guyana] holding the dirty end of the stick”—noting that past projects have seen “very little use of local labour, no transfer of skills, project over-runs and allegations of corruption.”

Beijing has invested heavily in Guyana in recent years, and some Chinese projects have run into problems.

Guyana’s government awarded China’s state-run China Harbour Engineering (CHEC) a contract to expand its Cheddi Jagan International Airport in 2011. But CHEC missed two deadlines for completion and unexpectedly raised the costs for the expansion project, according to Guyana’s local media.

Costs rose to $150 million after the initial agreement of $138 million. CHEC now faces a fine from the Guyana government of up to $600,000 for missing the second deadline of Dec. 31, 2018, according to local news site Demerara Waves.

Meanwhile, China’s state-owned logging company Bai Shan Lin, which obtained the rights to operate in Guyana in 2007, saw its logging concession revoked in 2016 after the company was found to have contravened local laws on logging quotas and engaged in illegal selective harvesting of Guyana’s prized tropical timber, according to Dialogo Chino.

And last July, Guyana and Beijing signed a memorandum of understanding (MoU) to cooperate under China’s “One Belt, One Road” initiative, according to a press release from Guyana’s Department of Public Information. The MoU included a proposal to build a roadway connecting Guyana to Brazil, as well as a new bridge.

Dialogo Chino’s editorial warned that Guyana could be a “malleable ally for China in the South American Caribbean” because the former’s institutions are weak, with a history of rigged elections and corruption scandals.

“The government has not given enough information about the terms of Chinese loans and investments and have dodged reporters’ questions,” said Rockcliffe. “We’ve seen in other countries that once China has a foot in a country, they move aggressively.”

Global Americans, a nonprofit which aims to provide evidence-based analysis and opinion on issues affecting Latin America, warned in an editorial published in December 2018 that Guyana could face risks associated with its newfound oil wealth.

“Guyana will continue to be courted by a range of international actors interested in its oil wealth, including China,” Global Americans wrote.

The article called on the United States to build an active relationship with Guyana to ensure that Guyana’s engagements with other countries are “consistent with principles of transparency, equality of treatment, and equality of opportunity before the law.”