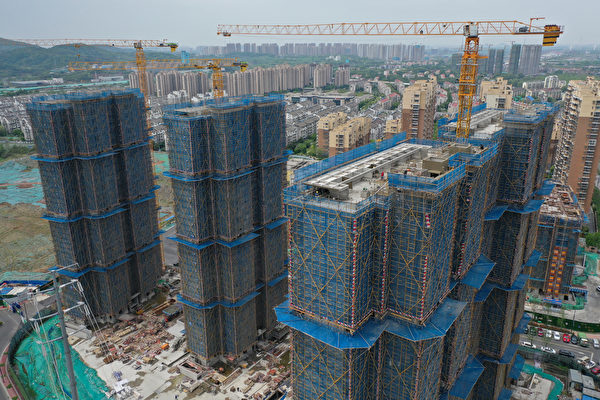 A commercial housing community is seen under construction in Nanjing, Jiangsu Province, China, on April 15, 2022. Since March, banks in more than 100 cities across the country have voluntarily lowered mortgage interest rates due to weakening market demand. (Costfoto/Future Publishing via Getty Images)
China Business & Economy

China’s Housing Crisis: The Pain Will Persist Until Beijing Acts

Milton Ezrati
Milton Ezrati is a contributing editor at The National Interest, an affiliate of the Center for the Study of Human Capital at the University at Buffalo (SUNY), and chief economist for Vested, a New York-based communications firm. Before joining Vested, he served as chief market strategist and economist for Lord, Abbett & Co. He also writes frequently for City Journal and blogs regularly for Forbes. His latest book is "Thirty Tomorrows: The Next Three Decades of Globalization, Demographics, and How We Will Live."
View profile
Follow
biggersmaller
Print

China continues to suffer economic setbacks. The latest came with the news that housing sales in July plunged almost 30 percent from June. Optimists had taken heart when housing sales had picked up in May and June in response to eased COVID-19 lockdowns, but the most recent news has dashed hope for an easy recovery.

Since housing amounts to some 30 percent of China’s gross domestic product (GDP), this news raises questions about the economy’s ability to meet the government’s already reduced 5.5 percent target for real growth in 2022 or show much growth at all for that matter. It should be abundantly clear now—even to Chinese Communist Party leadership—that this crisis requires concerted action from Beijing. Yet, the Politburo, China’s top policy-making body, shows no inclination to act. This matter will not go away until it does.

The country’s real estate crisis began over a year ago when the huge property developer, Evergrande, announced that it could not service all its debt. That announcement called into question some $300 billion in Evergrande liabilities. Since others—individuals, banks, and other institutions—held those liabilities as assets, it also called into question their financial reliability.

Since still more people had pre-purchased apartments in future Evergrande construction, the announcement also led to questions about the viability of the mortgage debt these people had incurred on those purchases. In other words, the potential for failure immediately spread far beyond Evergrande and did so still more as other developers made similar announcements about their failures. As ever in all financial crises, wherever they occur, doubts spread about anyone’s ability to meet their financial obligations.

Had Beijing acted promptly, not to help Evergrande but rather to protect confidence throughout China’s financial system, it might have prevented subsequent problems, including the recent plunge in housing sales. By, for example, making credit cheap and readily available, perhaps even from government sources, the People’s Bank of China (PBOC) might have reassured all that others were likely to meet their obligations and so restored confidence despite the failures among property developers. Beijing might also have guaranteed that buyers would not lose the apartments for which they had prepaid. But central authorities did not make any such move or made even halfway measures. And so, the crisis festered and spread.

That assessment eventually led banks to worry about their own balance sheet. At the same time, individual Chinese began to worry about financial institutions and accordingly started to withdraw deposits. This combination of events caused some banks, most notably the Bank of China, to protect themselves by putting limits on withdrawals. When people could not get their money, protests erupted, so severe that units of the People’s Liberation Army took to the streets to maintain order.

While these ugly events were unfolding, those who had pre-purchased apartments from developers like Evergrande realized they would get no relief from government sources. In response, they threatened to stop mortgage payments on those non-existent housing units. That threat raised more questions about the viability of a whole new set of lenders and further eroded confidence in Chinese finance. It is then little wonder that the Chinese are reluctant to commit to purchasing a new dwelling.

Yet, to date, Beijing has refused to take up any direct remedies beyond the PBOC’s small reduction in its target interest rate. Even as the crisis has lasted longer, grown larger, and become more dangerous than anyone—at least in Beijing—thought it would when it broke last year, the Politburo continues to insist that the solution lies with provincial and local governments.

Such a claim would be dubious under any circumstances, especially now that these smaller government units face an already huge burden of debt pressed on them by Beijing’s continued stress on huge infrastructure projects. Until Beijing acts, the crisis will continue to roll through the financial system and impair economic growth prospects.