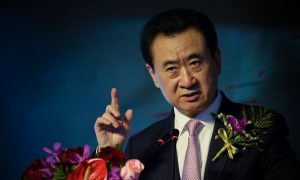 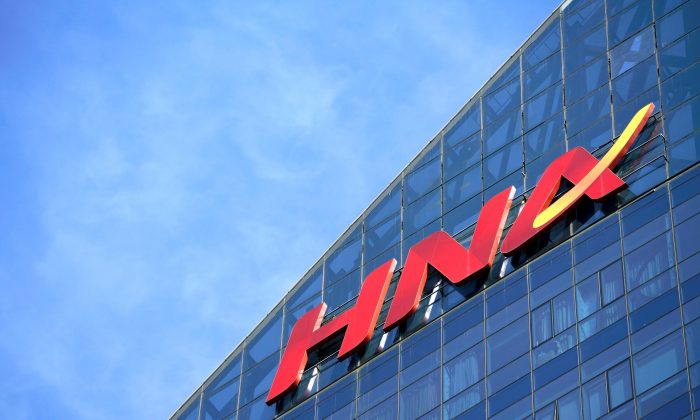 A HNA Group logo is seen on the building of HNA Plaza in Beijing on Feb. 9, 2018. (Jason Lee/Reuters)
China Business & Economy

BEIJING/SHANGHAI —China’s indebted HNA Group met bankers on Jan. 8 to tout the latest assets that the sprawling conglomerate is putting on the block as it looks to raise funds and stave off an intensifying cash crunch.

The range of assets, spanning a hotel project in frozen Harbin and stakes in struggling online lender Dianrong, insurer Bohai Life and brokerage HNA Futures, underscores how the group is shedding almost all non-core businesses as it pares back an empire that once spread from Deutsche Bank to Hilton Worldwide.

The finance-to-aviation group has been ramping up asset sales over the past year. However the possible sale of many on the list of at least 20 assets presented to bankers and seen by Reuters has not been previously reported.

The embattled group is more than a year into the process of unwinding a $50 billion acquisition spree that at its peak netted the company stakes in banks, fund managers, hotels, property and airlines, among other assets.

But faced with soaring debt and increased government scrutiny of aggressive deal-making, HNA has pushed ahead with asset sales that have so far included real estate and stakes in hotels groups, and discussions on key overseas units such as Ingram Micro and its luxury $300 million-plus corporate “Dream Jet”.

Reuters reported last month, citing people familiar with the matter, that China Development Bank was leading a team to supervise asset disposals as the group looks to scale back operations to just core assets.

The document from the meeting at a Beijing hotel on Tuesday indicated HNA was looking to sell eight hotel and other property projects, including a luxury Renaissance hotel in Shanghai and a commercial complex in the western city of Chengdu.

Also on the list was a section including eight financial projects and a separate section with four stakes in leasing, insurance and banking firms.

Those stakes included 20 percent of Bohai Life, 6.18 percent of peer-to-peer lender Dianrong and more than 40 percent of financial services firm Sino Guarantee. The entirety of wholly owned brokerage unit HNA Futures was also up for sale.

Bohai, Dianrong and Sino Guarantee did not respond to requests for comment.

The document, shared by a person with direct knowledge of the matter, listed the assets with boxes for potential investors to tick to indicate which ones they might be interested in—a relatively unorthodox fund raising process.

When Reuters visited the hotel on Tuesday the investor meeting had finished, but two further people at the hotel confirmed it had taken place, asking not be identified because they were not authorized to speak to the media.

A few of those properties also appeared on HNA’s list on Tuesday, which did not detail the value of any assets.

HNA and several other major Chinese conglomerates were in the Chinese regime’s crosshairs in June 2017 as it sought to curb high-risk financial investments and capital outflows.

Sources close to the central authorities told The Epoch Times at the time that the sweep was part of the current leadership’s attempts to clean out corruption in China’s finance industry.

By Yilei Sun & Adam Jourdan. The Epoch Times contributed to this report.