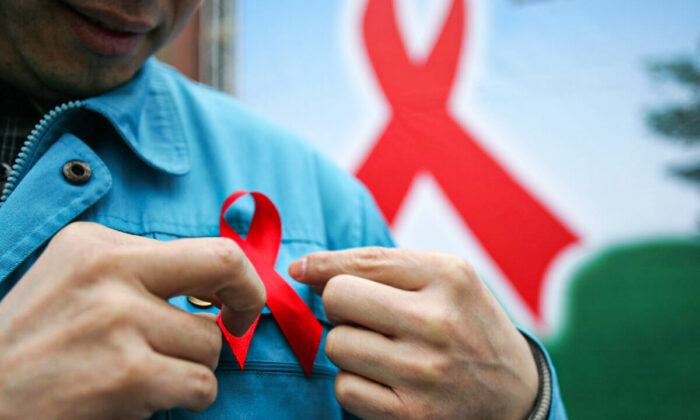 HIV and AIDS remain a major public health problem and cause of death in China, with more than a million people reportedly having HIV at the end of 2020, according to a recent report.

In the past decade, China’s HIV infection rates have increased significantly for men of all age groups, with a growing prevalence among Chinese youth.

The study “Research Progress in the Epidemiology of HIV/AIDS in China” (pdf) was published by China CDC Weekly on Nov. 26, authored by He Na, professor of epidemiology and dean of the School of Public Health at Shanghai’s Fudan University.

In particular, HIV cases among young college students are increasingly prevalent. A total of 23,307 HIV/AIDS cases were reported in students between the ages 18 and 22 in China between 2010 and 2019, with overall male infections outnumbering female infections by 34 times.

A report by the AIDS Prevention Education Project for Chinese Youth, a Chinese nonprofit organization, shows in 2020 around 3,000 new cases of HIV/AIDS were reported among students between the ages of 15 and 24. Over 98 percent of these cases were sexually transmitted, with 81.7 percent occurring in homosexual males, and 16.9 percent in heterosexuals, according to the state-owned China News.

Dr. Margaret Chan, the former director-general of the World Health Organization, said that in recent years the overwhelming majority of HIV-positive cases among Chinese youth were through unprotected sex, citing the China News report. As a result, China’s AIDS prevention efforts have begun to focus on its youths.

Likewise, older men have also been increasingly and disproportionately affected by HIV over the past decade in China. The proportion of newly reported HIV-positive cases of males aged 60 years or older increased from 7.41 percent in 2010 to 18.21 percent in 2020, citing data from China National Center for AIDS/STD Control and Prevention. The majority of them were infected through heterosexual contact.

According to the study by the China CDC, men who have sex with men (MSM) are the highest-risk group for HIV infection and present an increasing public health challenge in China. From 2001 to 2018, the overall national prevalence of HIV among MSM was estimated to be 5.7 percent, and highest in those aged 50 or older, reaching 19.3 percent. HIV was also more prevalent among those with illiteracy, accounting for 16.8 percent. Those in southwest China account for 10.7 percent, and those seeking partners in bathhouses or saunas account for 13.4 percent.

HIV (human immunodeficiency virus) is a virus that attacks the body’s immune system. If HIV is not treated, it can lead to AIDS (acquired immunodeficiency syndrome), the most advanced stage of HIV.

According to the U.S. Centers for Disease Control and Prevention, once people get HIV, they have it for life. But with proper medical care, HIV can be controlled. People with HIV who get effective treatment can live long, healthy lives and protect their partners.