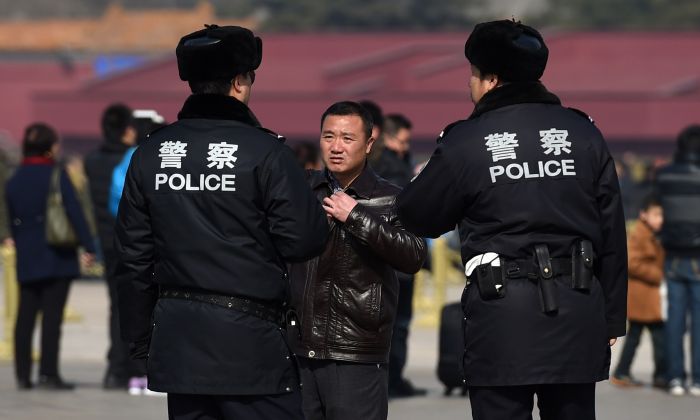 Zhao Kezhi, China’s highest-ranking official in charge of the police forces, has been officially replaced as minister of public security by Wang Xiaohong, a close ally of Xi Jinping, who is seeking to hold on to his position as Chinese Communist Party (CCP) head in the upcoming 20th National Congress.

The announcement came on June 24. The same day, the website of the Political and Legal Affairs Committee (PLAC)—one of the CCP’s domestic security apparatuses that maintains control across different levels of central, provincial, and municipal government offices—added Wang as the second deputy chief. This is unusual because of two reasons.

First, the PLAC’s management structure had been following the one-chief-one-deputy-chief pattern for years. But now, both Zhao and Wang are deputy chiefs of the PLAC.

After Xi became the CCP head in 2012, Wang was moved to Beijing in 2015 as the deputy mayor and head of Beijing’s Public Security Bureau.

Zhao Kezhi, on the other hand, does not have a history of working for Xi.

Zhao was appointed as Party secretary and minister of public security in November 2017. Previously, he was the Party secretary of Hebei Province. He waited for almost seven months before he became the deputy chief of PLAC.

Political analyst Yueshan said that Zhao’s future has a lot of uncertainty. For one, the Ministry of Public Security is investigating gangsters in Hebei Province, where a lot of Zhao’s allies are located. They could be purged.

Zhao, as Sun’s boss, could be implicated, according to Yueshan.

Official CCP media Xinhua reported that Xi will visit Hong Kong on July 1, marking the 25th anniversary of Hong Kong’s return to CCP rule. Yueshan said that this will be the first time Xi visits Hong Kong after the anti-extradition bill protests and that Xi is likely worried about his own safety, so he needs someone reliable to be in charge. This could be the reason for Wang Xiaohong’s appointment.

In December 2019, when Xi attended the 20th-anniversary event of Macau’s return to China, Wang Xiaohong went along and was in charge of Xi’s safety.

In July 2021, when Xi visited Tibet, Wang was again in charge of Xi’s personal safety.

The fact that Wang was only a ministry-level official shows that there aren’t many high-ranking officials around that Xi can trust, said Yueshan.

Wang Xiaohong’s other title is head of the Special Service Bureau of the Ministry of Public Security. Its task is to ensure the personal safety of the highest-ranking CCP officials. Because of the nature of their work, they have special access to weaponry.

Yueshan said Wang’s real mission, as head of the Special Service Bureau, is to control, instead of to protect, the high-ranking officials on Xi’s behalf.

This signifies the heightened intensity of the CCP’s in-fighting, Yueshan said.

Wenzhao, another analyst, said that having control of the knife and the gun does not guarantee someone’s ruling status, because the guns and knives cannot fix the failing economy.