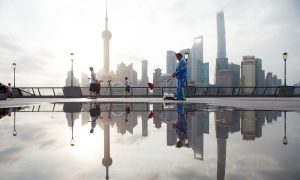 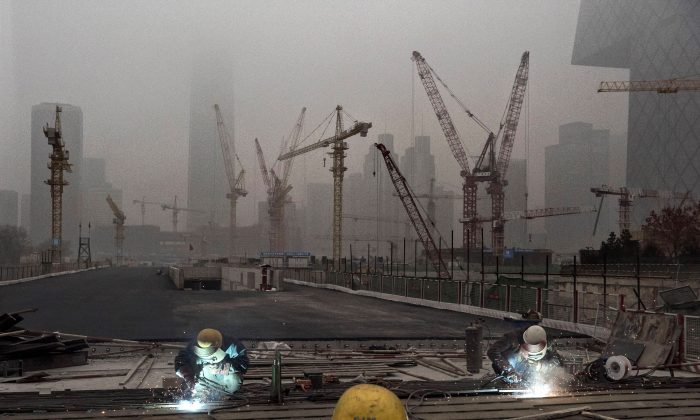 What an astronomical figure! 42 trillion yuan, that’s 42 thousand billion yuan, or 6.9 trillion US dollars. These giant mounds of money have been wasted over the past 5 years in China—in airports, industrial zones, and highways that no one needs.

The staggering number comes from an article published in Shanghai’s stock market newspaper on Nov. 20. Two doctors in economics who are close with the government admitted that half of China’s miraculous growth arose from irrational investment madness and mismanagement. Xu Ce and Wang Yuan work for the “State Commission for Development and Reform”—a committee that reports to the central government, and directly controls China’s economics and social development policies.

It is even more surreal that such dramatic research data was published at all: under the motto “we need to improve a few minor details”, the information was released in a long and boring academic article, intertwined with the usual praise.

“Investments with trivial or zero return have become a serious issue that the government must deal with,” Xu and Wang wrote.

The problem is that China’s economic growth is completely dependent on investment, and most of the money goes to fixed assets. From January to September 2014 alone, 42 percent of China’s GDP growth came from investments. Xu and Wang found that the growth rate in fixed assets was even higher than the percentage of GDP growth since 2000.

Although Wang and Xu don’t go so far as to say that the communist system of planned economy, with its artificial growth targets, is a major cause for the misery, they did notice some political and systemic reasons. They blamed, for instance, the easing measures, which China adopted after the 2008 financial crisis, for the careless handling of the money.

A systemic cause can also be found in the fact that capital raising became easier after 2008 (China’s gigantic shadow banking system did not develop until after 2008 as well). Both researchers suggested to no longer count the performance of local governments in the future GDP growth, and to adopt more stringent requirements for basic administration, so that local governments can no longer sell off land as they please.

This Is How Bad Investments Work

Yearly, Beijing issues investment targets to local governments, which they need to achieve one way or another. And this leads to money being badly spent. As the Chinese economy supervisory body examined the investment decisions made by 18 state-owned enterprises in 2010, it found that, out of 625 decisions taken, approximately one in four was bad (164 decisions!)—leading to a total investment loss of 3.4 billion yuan.

Wang and Xu, too, named a few typical cases where investments “don’t contain any potential for production”:

Recently, the renowned Chinese crash predictor Niu Dao called China’s real estate bubble the “biggest bubble in world economic history”, and predicted that future rate hikes by the Fed will cause it to collapse in waves.