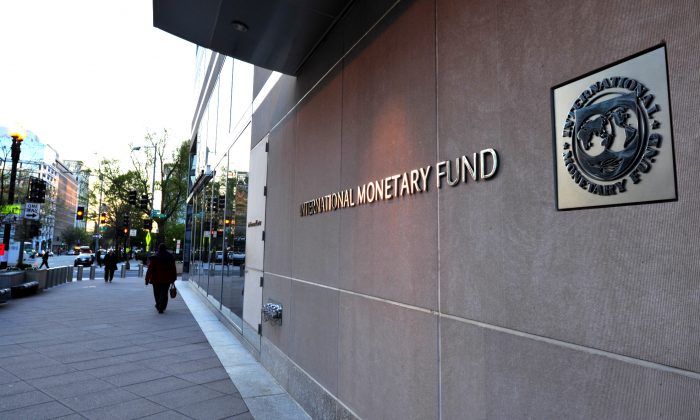 In a new economic forecast by the International Monetary Fund (IMF), China is projected to be hit harder than the United States by the effects of a worst-case trade war, with its GDP expected to fall by more than 1.6 percent in 2019, compared to about an 0.9 percent decline for the United States.

The estimates were released on Oct. 9 on the Indonesian resort island of Bali—where the IMF and World Bank annual meetings are being held—as part of an update to IMF’s annual World Economic Outlook report.

Global growth estimates for this year and next were revised down, to 3.7 percent from the IMF’s July forecast of 3.9 percent.

IMF chief economist Maurice Obstfeld told a news conference in Bali that amid the trade war, Beijing will face a “balancing act” between actions to shore up growth and ensure financial stability.

The all-out U.S.-China trade war scenario assumes that U.S. President Donald Trump imposes tariffs on the remaining $267 billion worth of Chinese goods imports not already under punitive tariffs and that China retaliates in kind; Trump also imposes a 25 percent duties on all auto and vehicle-component imports; and trading partners also enact retaliatory measures.

Such trade war will have a deep impact the global economy, according to the IMF’s projections. Aside from the stunting of GDP growth in China and the United States, global GDP would fall by more than 0.8 percent in 2020, and remain roughly 0.4 percent lower in the long-term, compared to a scenario without the effects of a trade war.

The international organization also estimates that over the medium-term, growth in China is expected to slow to 5.6 percent, “as the economy continues to make the transition to a more sustainable growth path with continued financial de-risking and environmental controls,” the report said.