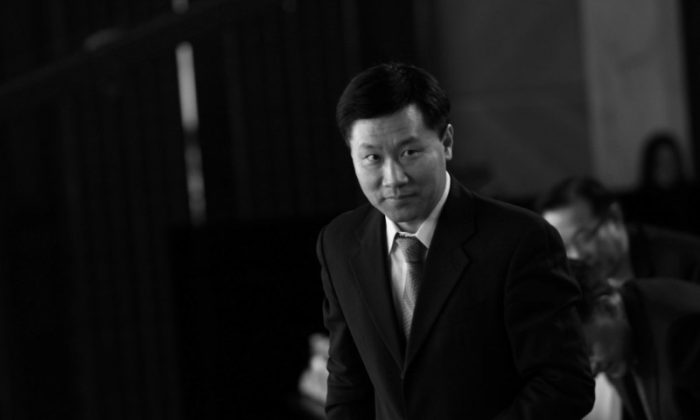 China’s Former No. 2 Stock Regulator on Trial for Corruption and Insider Trading

China has opened a trial against a former high official in charge of regulating financial markets, who was targeted for investigation after the stock market crash in 2015.

Yao Gang, former vice chairman of the China Securities Regulatory Commission (CSRC), was on trial at the Handan City Intermediate People’s Court in northern China’s Hebei Province on July 11, according to state-run media Xinhua. Yao is being accused of accepting bribes and insider trading.

The Handan City prosecutor said Yao accepted bribes, sometimes through his family members, totaling 69.6 million yuan (about $10.4 million) from 2006 to 2015, using his positions to provide “conveniences” for unnamed individuals such as helping with company restructuring, halting trading of stocks pending stock transfers, and assisting them in avoiding punishment by local authorities.

From January to April 2007, Yao illegally earned about 2.1 million yuan (about $314,584) from selling and buying stocks based on insider information about publicly traded companies that were restructuring. He had paid for the transactions using funds from stock accounts that he controlled.

According to Xinhua, Yao admitted to the prosecutor’s charges. The court announced that it would issue its ruling at a later date.

The trial failed to answer a long-lasting question: How might Yao be involved in the stock market turmoil of June 2015, when A-shares on the Shanghai Stock Exchange, after a long bull run, lost a third of their value within three weeks? After the turmoil, anti-corruption investigators within the Chinese Communist Party (CCP), as part of a campaign that started when Chinese leader Xi Jinping took power in 2012, began to focus on the country’s financial sector.

Several analysts have concluded that the stock market turmoil was artificially engineered for political purposes. The Epoch Times and the Taiwan-based Liberty Times have cited analysis that officials in an opposition faction loyal to former Party leader Jiang Zemin had manipulated securities in the market, leading to a nosedive in stock prices. Some Chinese media have reported Yao’s connections with Ling Jihua, a former top political aide who is a key member of the Jiang faction.

According to Chinese news portal Baidu, the Party has revoked Zhang’s CCP membership and removed him from his post. He is awaiting his court trial.

Chinese media have accused Yao of short-selling Chinese stocks after he illegally transferred funds to Hong Kong and Singapore.

As of September 2017, more than 60 officials and senior managers in China’s financial sector had been ousted since the anti-corruption campaign began, according to Chinese media Beijing News.