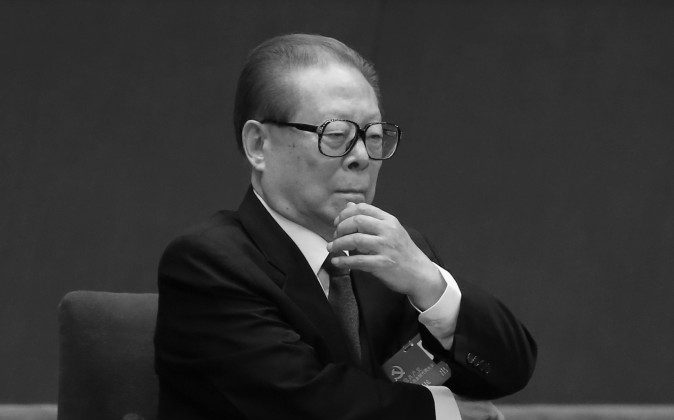 The Basic Law states that the former British colony would enjoy a “high degree of autonomy” and that the Chief Executive, the region’s top leader, should be elected by universal suffrage after being nominated by a “broadly representative nominating committee.”

At present, a 1,200 member committee whose composition is strongly pro-Beijing nominates and then elects the chief executive, a system that is far from the stated ideal.

The Chinese communist regime never looked likely to introduce democratic reform in Hong Kong despite what it promised Britain thirty years ago in the Sino-British Joint Declaration, as an amusing episode fourteen year ago confirms.

Way back in 2000, there was a controversy surrounding Hong Kong’s first Chief Executive, Tung Chee-hwa.

Apparently, Beijing was backing Tung for a second term two years before he was up for re-election by a small pro-Beijing election committee.

So when Tung visited Beijing on Oct. 27 and sat down together with Jiang Zemin for a press conference, Hong Kong reporters seized the chance to query the then Chinese top leader about Beijing’s plans for their region.

Things quickly got heated after a young reporter asked Jiang if Beijing had already issued an “imperial order to internally ordain” Tung for a second term as Chief Executive.

Clearly agitated, Jiang rose from his seat, walked over to the reporters, and chastised them for their “simple” and “naive” question.

“How can [the People’s Central Government] not support the incumbent Chief Executive!”

“Whether [Tung] carries on in office or not must be decided by Hong Kong laws.”

Gesticulating furiously in front of the gathered journalists, Jiang declared: “Hong Kong’s, and of course, by extension, [Beijing’s] discretion [on the issue of electing the Chief Executive] is paramount.”

“The Hong Kong Special Administrative Region belongs to China, to the People’s Central Government of the People’s Republic of China… when its crunch time, we have the right to decide!”

Jiang’s losing self-control and “accidental” admission that Beijing has full autonomy over Hong Kong recently went viral on Chinese mobile chat platform WeChat as an article titled “Today, 14 years Ago,” and got more than 21,000 views before censors took it down the following day.

The article is an almost word-for-word transcript of the original speech, but replaces “Chairman Jiang” with “elder” (Jiang refers to himself as “elder” in his rant) and “Chairman Toad,” a reference to an Internet meme depicting Jiang as a toad.

Fortunately, Jiang’s pompous and rather hilarious arm-waving and preaching was caught on video, and is available for viewing on Youtube.

Unfortunately for the Umbrella Movement crowd, Jiang’s “imperial” declaration also does mean that they should be prepared to camp out in the streets for quite some time.