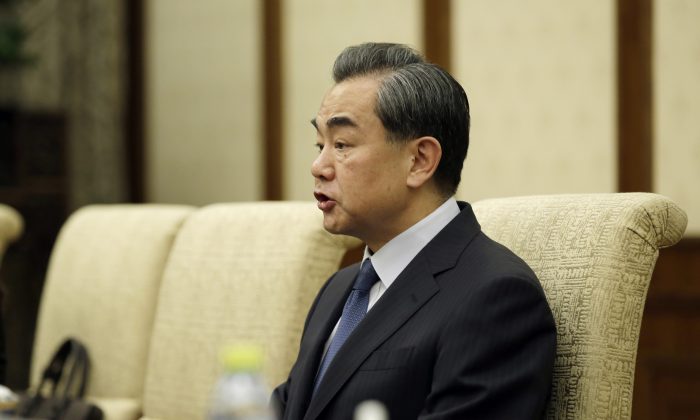 Questions about human rights are “irresponsible,” “full of prejudice,” and “totally unacceptable,” said Chinese foreign minister Wang Yi in a vehement rebuke of a Canadian reporter who dared raise the issue at a June 2 event held at the headquarters of Global Affairs Canada in Ottawa.

“It is the Chinese people who are in the best situation, in the best position to have a say about China’s human rights situation,” he said via an interpreter.

The question raised by the reporter, Amanda Connolly of the iPolitics web news outlet, mentioned missing Hong Kong booksellers and a Canadian expatriate who runs a cafe in China, Kevin Garratt, who has been charged with spying by the local authorities.

The exchange can be viewed below.

Related Coverage
Someone Got Their Hands on China’s Official Propaganda Account, And Went Nuts

Visibly angry, Wang spoke quickly: “I have to ask whether you understand China. Have you ever been to China? Do you know that China has lifted more than 600 million people out of poverty? And do you know that China is now the second largest economy in the world from a very low foundation?”

He continued to claim that China was guaranteeing human rights, enshrined in the country’s constitution, and could not have made its great strides in economic development otherwise.

Contradicting Wang’s statements are a series of ongoing human rights abuses in China, including the suppression of labor activists, ethnic Tibetans, Uighurs, and hundreds of thousands of Falun Gong practitioners believed to be incarcerated in jails, labor camps, and brainwashing centers trhoughout the country. In particular, since 2006, human rights investigators have progressively shed light on the Chinese military’s organ harvesting industry, which has claimed the lives of hundreds of thousands of innocent victims.