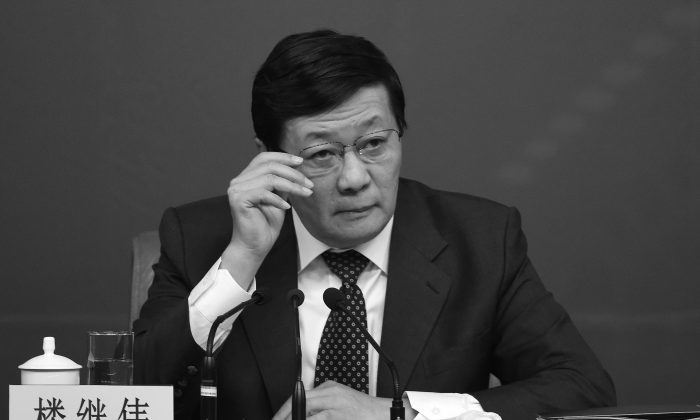 China’s finance ministry could build on a program to help debt-ridden local governments in China settle their bills to curb an unhealthy financial practice.

Speaking at the Boao Forum on March 27, finance minister Lou Jiwei said that a new debt-for-bond swap program could be expanded “at an appropriate time this year” if local governments are successful in selling the bonds.

Earlier in the month, Lou announced that localities will be allowed to sell up to 1 trillion yuan (about $161 billion) of bonds to pay off their existing debts. By swapping debt—mainly short-term bank loans with high interest rates—with longer-term bonds with low interest rates, China’s finance ministry hopes to ease the debt burdens of local governments.

Party central, however, “won’t provide bailouts” to help localities that still have problems repaying debts, but these governments can sell assets to finance their debt. Local governments also won’t be allowed to declare bankruptcy, Lou added.

Local governments had accumulated high amounts of debt from years of spending on big-ticket projects like airports and highways. Because the law prohibits Chinese localities from borrowing money—only provisional governments and several big cities are allowed to issue bonds—”as many as 100,000″ local governments set up “debt-issuing entities” to get money, said Lou.

“Some enterprise debts are disguised as government debts,” the finance minister added.

An example of this malpractice took place in Pu’er City in Yunnan province, headed by then mayor Shen Peiying.

In 2011, Shen chose to sell bonds under the disguise of a local trade union. He even got the local radio and television station to popularize his money-borrowing initiative, causing them to be dubbed “Shen’s Bonds” by Yunnan citizens.

Shen was sacked in March 2014 on corruption charges.