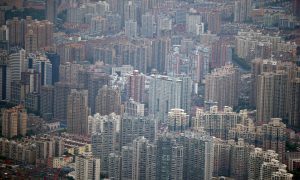 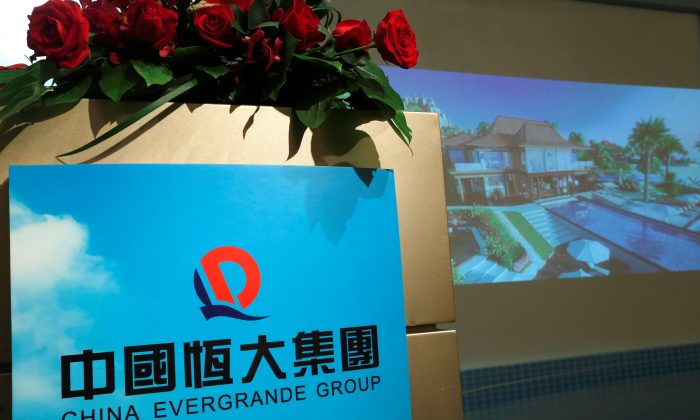 A promotional footage on a property development of China Evergrande Group is shown at a news conference on the company's interim results in Hong Kong, China on Aug. 30, 2016. (Bobby Yip/Reuters)
China Business & Economy

Evergrande is China’s second-largest property developer by sales and has been under pressure to raise funds to cut its large debt pile, which stood at 671.1 billion yuan ($98.88 billion) as of June 2018, according to CreditSights.

The sale was a reopening of $2.1 billion in existing bonds.

China’s property developers have been very active in the bond markets in the past few weeks, seeking to take advantage of better market conditions just as they face almost $100 billion in maturing debt both onshore and offshore this year.

Based on Refinitiv data, the Evergrande sale would bring the total raised in dollar bonds by property developers to $7.2 billion so far this year, compared to the $18.8 billion in offshore bonds they sold last year.

Investors shied away from junk-rated debt last year as a steep sell-off in markets made deals hard to complete and forced some companies to offer to pay double-digit yields for two-year paper.

Evergrande itself repriced the market in late October when it sold $1.8 billion of bonds with coupons as high as 13.75 percent.

The order book for the latest sale reached $4 billion at its peak, according to a banker on the deal.

But investors now see value in China’s junk bonds given the higher yields.

“We are upbeat about low-rated, high-yield and short-term duration bonds which benefit from looser liquidity and when private enterprises’ financing difficulties are eased,” said Freddy Wong, fixed income chief investment officer in China and portfolio manager at Fidelity International.

S&P said the reopening of Evergrande’s bonds “will slightly improve Evergrande’s liquidity, which we still assess to be less than adequate, with liquidity sources marginally covering uses over the next 12 months.”

On July 31, 2018, central authorities made an announcement that they would “resolutely curb housing prices.”

Xu Jiayin, founder of Evergrande Group, delivered a speech on Sept. 13 expressing his loyalty to the Chinese Communist Party (CCP), saying, “I and everything that belongs to Evergrande were given by the CCP.” His statements suggested desperate hope that the regime would protect Evergrande in the event of economic downturn.

By Julia Fioretti. The Epoch Times contributed to this report.