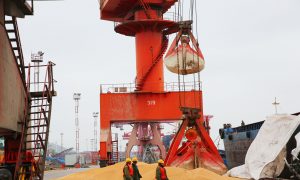 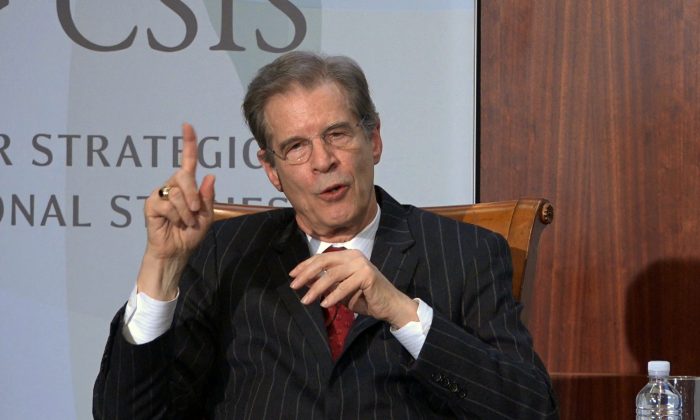 William Overholt, author of "China's Crisis of Success," speaks at the Center for Strategic and International Studies in Washington on Jan. 15, 2019. (Wu Wei/NTD)
China-US News

“They like him because he is pushing on [Chinese leader] Xi Jinping.”

Overholt told The Epoch Times, “[China’s elite] are afraid that some things are being moved backward. They think some foreign pressure could be very helpful.”

The situation was similar to what once happened in Japan, Overholt explained. Japanese “would wait for Americans to push them to do things that they needed to do anyway.”

Overholt commented on China’s elites at the Center for Strategic and International Studies on Jan. 15, while discussing his new book “China’s Crisis of Success.”

In his book, Overholt argues that “China has reached a threshold where success has eliminated the conditions that enabled miraculous growth. Continued success requires re-invention of its economy and politics. The old economic strategy, based on exports and infrastructure, now piles up debt without producing sustainable economic growth, and Chinese society now resists the disruptive change that enabled earlier reforms.”

Overholt discussed the emergent economic weakness China is now facing. The problems include collapsed productivity growth, high debt, plateauing of property prices, the starving and cannibalization of private sectors, and the state no longer gaining control through its ownership of industry.

He also discussed emerging political weakness, which includes the alienation of broad segments of the Chinese people, while the Chinese regime fights to retain control.

“What we are seeing is a party that is grasping for every little lever of political control, everything,” Overholt said.