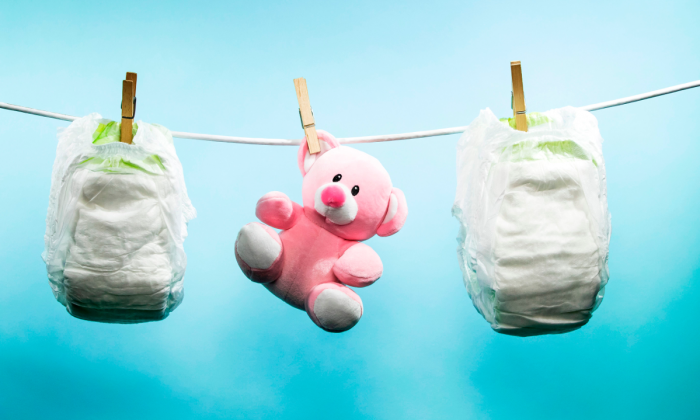 Several companies in China were exposed after they were found to be making food products under unsanitary conditions, using medical waste products to produce plastics, and recycling soiled diapers to make new ones, according to a report by China’s state broadcaster CCTV on March 15.

Bags of waste products were being stored and kept at Chinese companies, the report revealed. The material was broken down and turned into plastic pellets, and then resold to other companies at low prices. The manufacturers were located throughout the country, including in Shandong, Henan, Hebei, and Shaanxi provinces.

However, many viewers believed that what CCTV revealed was just the tip of the iceberg.

One worker at the Best Hygenic Products company told the CCTV reporter that one ton of the waste product costs about $600. The plastics that meet Chinese national standards are about $1200 for one ton. The worker said it was a matter of meeting the customer’s price.

Some of the medical products found in the waster were intravenous (IV) bottles, IV bags, one-time use syringes, and blood bags.

The recycled plastics were prepared and shredded.

Next, they were melted down.

Finally, the waste was turned into plastic pellets. The pellets would then be used or sold to other companies.

One company that makes woven bags commented that they make 100,000 bags a day and sell them all over China.

But some of the companies producing these products have made modifications to cut their costs, sourcing their plastic pellets from contaminated materials.

Shandong Jindeli Health Product Company was one company revealed in the CCTV report to have undertaken such actions. A worker there expressed that they purposely never kept records of their purchases of reused plastic pellets to cover their tracks.

At the companies manufacturing facility, bags containing the diapers and pads were found piled on the floors, ridden with flies.

The already-soiled diapers and sanitary pads were being broken down into parts to make new diapers, according to the report. That which could be salvaged from the stained waste was used to make the interior of new diapers. The mold, stains, and dust could be hidden inside that way.

The materials were also used to make the padding material in bedding mattresses.

Meanwhile, Bestar Corporation in Xiantao City, located in central China’s Hubei Province, serves as an Original Equipment Manufacturer (OEM) for many well-known brands in China, according to the CCTV segment. It was even awarded “Trustworthy Private Enterprise” in Hubei Province in 2017.

CCTV exposed that this company collected used and recycled diapers and pads, threw them into a pulping machine, then used the slurry to make adult diapers.

At a factory that makes spicy shrimp snacks in Gaochang Village of Kaifeng City, Henan Province, employees admitted that though the ingredients list on the package includes shrimp and eggs, there were no shrimp or eggs whatsoever in the shrimp snacks. Instead, the factory used various seasonings and additives mixed with flour to make the snacks taste like shrimp.

At another factory that makes snacks, the production environment is very unsanitary. Over-cooked dough, blackened and unsightly, were scattered on the floor. In some areas of the factory, the floor was covered with dust and charcoal-like powders. The conveyor belts where the snacks were being processed were greasy and dirty.

This consumer rights program outraged many Chinese viewers because all cases mentioned had been exposed already years ago. Furthermore, they believed the program only touched upon a small fraction of the country’s poorly-made products.

“All these products are age-old problems, and none of the companies mentioned in the program are large enterprises. It seems like new cases and cases involving big companies are not allowed to be exposed.”

Another netizen was frustrated that the authorities seemed powerless to punish the wrongdoers or better regulate production standards. “Where did their governing authority go?”

“Do you have the courage to talk about fake vaccines and shoddy medical products?” another netizen asked, pointing to more serious revelations last year of Chinese drug companies selling and distributing expired and substandard vaccines—often those for inoculating young children—to local health authorities.

Another said: “In my next life, I do not want to reincarnate into this hell-like country again!”