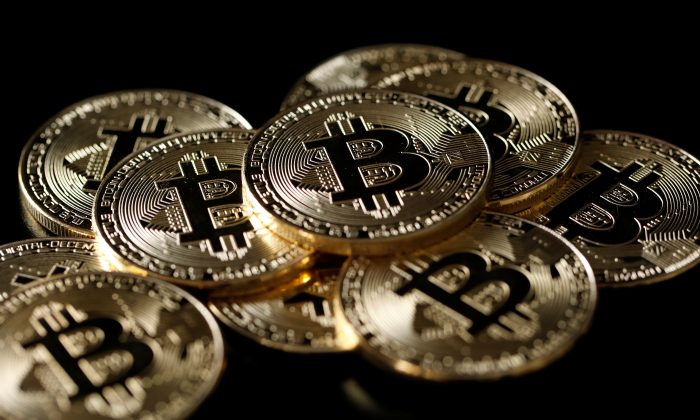 Electricity subsidies were a blessing for bitcoin, but no more

Against all odds, cryptocurrencies have increased their market capitalization from nothing 10 years ago to over $214 billion today. However, investor concerns over government regulations are looming.

Since the Chinese government has banned both cryptocurrency mining and trading, it is more likely that the impetus for the regulation is capital control instead of energy efficiency. However, within the context of the EU Horizon 2020 goals and the Paris accord, electricity use is an easy target for governments looking to curtail cryptocurrency adoption. Due to the electricity-intensive nature of bitcoin’s consensus mechanism called proof-of-work (POW), more than 60 percent of the total cost of mining a bitcoin is attributed to energy costs.

As of now, the bitcoin mining network consumes more energy than the average consumption of Ireland.

How the Distributed Ledger Works

A mining pool is a room full of computers—owned by a person or group of people—that are called cryptocurrency miners. These computers try to solve mathematical problems to be rewarded with newly created bitcoin. As explained in the June edition of the Crypto Research Report, some cryptocurrencies use consensus mechanisms that don’t require excessive amounts of energy. So far, there are around 17 different types of consensus mechanisms, and the majority of them try to use less electricity than POW.

POW remains the most common among the top 100 cryptocurrencies—tied with proof of stake at 21 percent each—followed by a combination of the two at 10 percent. Proof of stake does not rely on the solving of mathematical calculations, hence the lower energy use.

Since regulation may target electricity-intensive blockchains, developers and investors are diversifying away from bitcoin and into coins that use less electricity, such as dash and cardano.

What Becomes of China’s Miners?

However, the largest number of bitcoin miners are in China, and the communist regime is aware of this fact. By December 2017, Chinese miners accounted for 80 percent of the total minted bitcoins. The Chinese government tracks domestic energy consumption, and this is one reason why they decided to ban bitcoin mining.

Given that prices of electricity in other countries are higher, however, any absence of Chinese miners escalates the mining costs of bitcoin and other cryptocurrencies. The banning of bitcoin-mining activities was bad news for the crypto-scene in China, but the crackdown did not stop there. In February, regulators also banned initial coin offerings and cryptocurrency trading in general. Some of the Chinese exchanges, such as the BTCC exchange, responded to the ban by moving their operations to other countries.

If we review recent regulations on the crypto-market and the reaction of the bitcoin price, it is hard to see a direct impact of regulation, and there are competing forces at play. However, many credible analysts attribute the general bear market for cryptocurrencies to these regulations.

At first, regulation may dampen trading volume and demand for cryptocurrencies because the original adopters were privacy-concerned activists. The loss of demand from libertarians and criminals may lead to a slight price decline.

However, parties that were previously skeptical of cryptocurrencies, such as institutional investors, might join the market for the first time. They will increase demand, trading volume, and the price of cryptocurrencies. The increasing acceptance might bring more businesses to accept cryptocurrency payments, which could lead to even further increases in price.

As countries such as Switzerland and Liechtenstein release regulation that supports cryptocurrencies, cryptocurrency business is expected to shift toward these friendlier legal jurisdictions. Negative regulation will not be the end of the cryptocurrencies but just another obstacle that slows down consumer adoption.

Andrés Coronado is a research analyst for Incrementum AG.