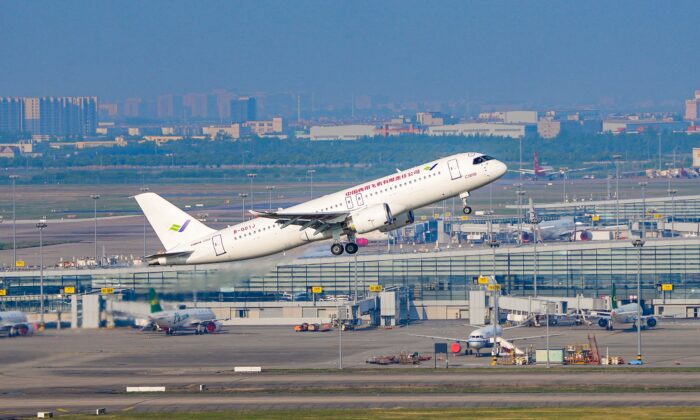 In mid-May, the first C919 intended for the first airline customer had its first flight. This is good news for China’s dream of becoming a world-class builder of passenger jets.

That’s very bad news, in fact. Perhaps the only appeal of the C919 was its cheapness. It was supposed to be half the price of its competitors. Now that cost advantage has vanished.

It is difficult to offer quality and low cost. Back in the 1990s, the U.S. space agency NASA pursued a philosophy of “cheaper, better, faster.” It worked for a while, but when the missions got more ambitious, this approach ran into problems, including some spectacular failures on flights to Mars.

The problem is, you can usually have two but not all three. “Better” and “faster” usually cancel out “cheaper.”

In fact, “cheaper” is always the hardest outcome, as the Chinese are discovering with the C919.

The C919 was always a mediocre airplane. Initiated in 2008, the C919 is a narrow-body jet seating around 160 passengers. This puts it in roughly the same category as two workhorses of the skies, the Boeing 737 and the Airbus A320. China’s civilian airliner consortium COMAC predicted in 2012 that it would conduct the first flight of the C919 in 2014 and begin deliveries by 2016.

In fact, it didn’t fly until 2017. Nevertheless, five years later, the C919 has yet to be certified as airworthy by the Chinese Civil Aviation Administration of China (CAAC). In fact, it needs hundreds, perhaps thousands, of more hours of flight tests before it can receive CAAC certification. Even then, certification by the U.S. Federal Aviation Administration (FAA), which is essential if China wishes to sell the airplane overseas, is still far off.

The C919 has already cost China over $20 billion, and it only began limited deliveries of production aircraft in late 2021.

Moreover, the C919 isn’t much of a step up. According to aviation expert Richard Aboulafia, there is “no technological selling point for this jet.” It offers no new technology, nor is it any more fuel-efficient than its competitors.

Nevertheless, COMAC is already claiming the C919 to be a big success, boasting over 1,000 commitments to buy. Yet there are only around 300 firm orders for the plane, the rest being options.

Moreover, all of these orders are to Chinese airlines or Chinese banks and leasing companies. COMAC has failed to secure the sale of a single C919 to an overseas airline. Instead, it looks increasingly that Beijing is strong-arming not only Chinese airlines but also large state-owned financial institutions into propping up this program.

At the same time, the price of the C919 has risen. According to the Straits Times of Singapore, the C919 is expected to cost around $100 million each, about the same as its competitors. It was originally believed that it could be offered for about $50 million.

According to the Straits Times, China Eastern Airlines plans to buy 38 C919s for a total of $4.38 billion. This actually works out to $115 million per plane. In comparison, the latest version of the A320 costs around $111 million each, and the Boeing 737 MAX costs around $117 million.

Finally, calling these aircraft “Chinese” is stretching the point. In fact, the C919 relies heavily on Western suppliers for critical components and subsystems, including its avionics, landing gear, nacelles, flight controls, and—most importantly—jet engines. Around 60 percent of these foreign suppliers to the C919 are U.S. companies, such as General Electric, Honeywell, and Eaton.

In fact, it is estimated that only 25 percent of the overall value of C919 is actually Chinese, mostly in the manufacture of the fuselage and wings, as well as final assembly.

China would sincerely like that commercial passenger jets be considered a “commodity.” A commodity is a product in which there exists an almost total lack of meaningful differentiation between competing products. Examples include coffee, copper, and prescription drugs.

In other cases, commoditized products are characterized by standardized technology or common attributes, such as consumer electronics or narrow-body passenger jets. All things being more or less equal, therefore, purchasing decisions are often made based on price.

But China is losing that price edge, and with it, the incentive to buy the C919 when compared to the A320 or Boeing 737.

At the same time, it is important to note that not all commodities are the same. There is good coffee, bad coffee, and awful coffee. It is the same with commercial airliners. Safety and reliability, as well as comfort, are at least as important as the price.

As we all know, China’s reputation for quality is spotty at best. One only needs to recall that back in 2008, a chemical compound called melamine was found in Chinese baby formula. Remember, too, that the C919 has still not been certified air-worthy by either the CAAC or the FAA.

As with many high-tech products coming out of China, the adage is still true: you buy cheap, you get cheap.