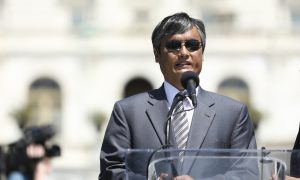 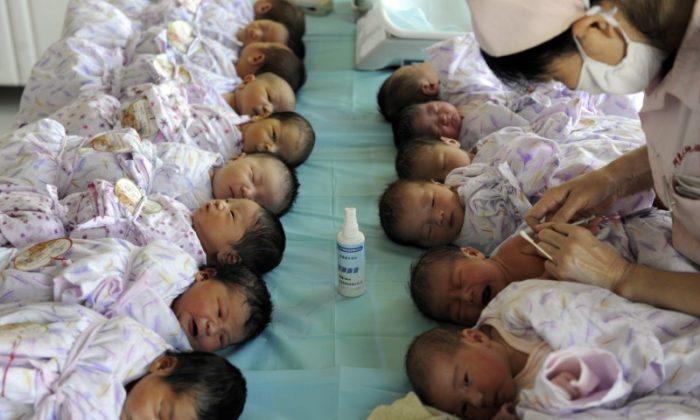 SHANGHAI— China’s birth rate is set to decline further this year as well as over the next few years, despite the country’s 2016 move to relax its controversial “one-child policy”, the China Daily newspaper said on Nov. 1, citing population experts.

Though China’s birthrate hit its highest level since 2000 in 2016, it fell 3.5 percent last year, and regional data suggests the number will fall even further this year, the newspaper said, citing Zhai Zhenwu, an expert in population studies at China’s Renmin University.

Zhai said births in Jiangsu Province in eastern China, one of the country’s most populous regions, had declined 12.8 percent in the first half of 2018, and surveys of hospitals in southwest China’s Sichuan Province also show significantly fewer births this year.

Growing concerns about the country’s rapidly aging population prompted a move by China in 2016 to allow all couples to have a second child, relaxing restrictions on childbirth in place for nearly four decades.

The Chinese regime introduced the one-child policy in the late 1970s as a form of population control, citing China’s fast-growing population and limited resources. Each family was only allowed to have one child. Violators were either heavily fined or brutally forced to abort their children and undergo sterilization procedures.

Because of traditional beliefs that boys are more capable of helping a household as parents age, this policy led many families to abort their baby girls.

Years later, the policy has produced a severe gender imbalance: There are roughly 115.4 boys to every 100 girls in China as of November 2017, according to the World Bank. This leaves more than 1 million bachelors who will likely remain single for the rest of their lives.

In a sign that it would further relax curbs, China’s health commission said in September that it would abolish family planning offices.

Meanwhile, the population is quickly aging, with the elderly unable to provide for themselves, as they only have one child who is faced with the burden of caring for both parents and grandparents. The workforce is also shrinking.

China’s elderly population is expected to reach 400 million by the end of 2035, up from around 240 million this year, putting the country’s health services and pension funds under immense strain, according to data published last year by the China Association of Social Security, a research group.

The northeast rustbelt province of Liaoning said earlier this year that it would consider offering incentives to couples to have more children. While its net population is dwindling, Liaoning’s elderly population grew 3.6 percent last year.

Despite that the regime dropped the one-child policy, women in some regions of China continue to face pressure to abort their children, including threats of being fired from their jobs and heavy fines. Rising living costs, from rent to infant formula, have also made raising a second child in China very expensive.

While many provinces have introduced measures encouraging couples to have more children, the nation’s system of fines for families who gave birth to more than their permitted number of children—first established in the 1980s—is still effective and was recently brought up a notch in some regions.

Zhecheng County in Henan Province, in central China, for example, launched a new round of campaign on July 5 to levy social maintenance fees from families with more than the permitted number of two children. The one-time fees are standardized to be three times the couple’s gross income in the year prior to the child’s birth.

By David Stanway. The Epoch Times contributed to this report.