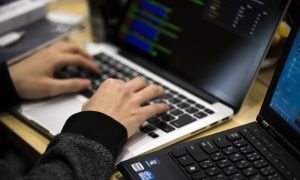 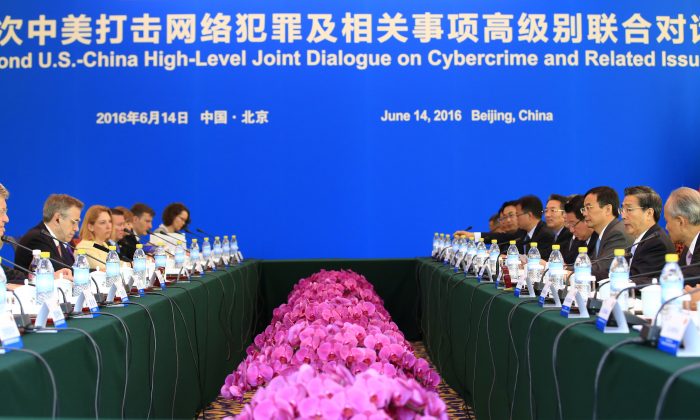 Communist regime's adversarial approach to dominating the internet, technology, and global trade should alarm the West. Is anyone paying attention?

Controlling data and where it lives is a big part of that picture. And every day, they’re getting closer to reaching that goal.

Cyber Sovereignty Via a National Internet

Regarding attaining global control over cyberspace, a key part of that plan can be found in their near-term goal of “cyber sovereignty.” Cyber sovereignty is essentially a “national internet.” China’s national internet is one where all information is maintained and controlled by the Chinese Communist Party (CCP). This is accomplished through the Cyberspace Administration of China, a government agency founded in 2014.

The purpose is to have strict control over what information comes into China over the internet. Websites hosting content deemed a threat to the party’s control are deleted, or subject to more stringent punishment.

In order to enforce their national internet, China dictates that foreign companies block virtual private networks that can be used to get around official censorship. Encryption and other forms of privacy protection are forbidden. This includes the biggest tech and internet companies in the world, up to and including Google and Apple.

Furthermore, all private companies operating in China must store their data in China and make it accessible to the authorities. Companies or individuals within China that violate those policies are punished in a variety of ways, from fines to imprisonment.

China’s plan to rule cyberspace in the near future depends heavily on eliminating their reliance on foreign technology companies. That’s a big reason for their “Made In China 2025” (MIC2025) program. At the moment, China still depends upon foreign firms for critical needs such as microchips, network equipment, processing innovations and other strategic technologies. As such, China is highly vulnerable to supply interruptions.

The recent near-shutdown of Chinese tech giant ZTE due to violating U.S. sanctions with Iran is a prime example. ZTE’s reliance on U.S.-made microchips allowed the United States to shut the company down with just one decision by the Trump administration. The decision to withhold supplies of necessary microchips as well as a stiff fine of $1 billion has sent a message to ZTE and its Chinese masters that the United States is taking a much stricter view of China’s illegal behavior.

This, of course, has made Chinese leaders keenly aware of their vulnerabilities, as if they weren’t already. With the stroke of a pen, the United States was able to effectively shut down one of their largest tech companies by withholding U.S.-made parts and nearly eliminating 75,000 jobs.

That vulnerability is exactly what MIC2025 is designed to fix. That’s why China is targeting its own microchip industry with $150 billion investment for quick expansion and advanced capabilities. The goal is for 40 percent of microchips used in China to be made in China by 2020 and 60 percent by 2025.

But China’s plans don’t begin and end there. The long-term objectives go much further than what the MIC2025 program proscribes. In addition to its goal of not relying on or even using foreign technology, there’s a much darker side of the MIC2025 plan.

The Chinese not only seek to replace foreign technology and especially data and network infrastructure with Chinese made and owned technology, but their plan is also to put foreign competitors out of business completely. In other words, they want to have the power to disrupt and heavily influence the economies of those nations that today have power over China. For China, trade is viewed as a zero-sum game that involves destroying competitors.

They are well on their way to achieving the first part of the plan. Becoming a cyber superpower is part of China’s long-term goal of completing the second part, which would also involve China dominating both the digital and the physical worlds.

One of the main reasons that China is positioned for digital domination is because the United States has allowed it to happen. America has ceded cyber leadership to China simply by refusing to commit the money and resources to it. Adding fuel to that fire, the Obama administration failed to keep control of the internet infrastructure in American hands. Over 40 years of technological leadership was simply handed over to the Chinese by President Barack Obama.

Meanwhile, China has steered national policy toward a digital-first position. And as noted, Chinese leader Xi Jinping plans to make China the undisputed leader in digital technology and cybersecurity. It’s actually part of a multitrack approach of waging war against the United States and other nations in cyberspace with real-world consequences.

Cyberwar is economic, political, and technological war all at once on one battlefield—the digital one—that affects all other battlefields. It is a highly efficient way to gain the advantage over your adversaries. So far, China is the only nation waging this war in a deliberate and strategic fashion. They’ve realized massive victories in data and theft of advanced technology from private companies, partners and even the U.S. defense networks.

But these victories are only the beginning. China’s technologically targeted state-owned enterprises have found homes in tech hubs around the world, including Silicon Valley, to gain access to the information technology, remote vehicle, artificial intelligence, and cloud computing they need to meet their long-term goals.

Meanwhile, Chinese-made servers, smartphones, and other technological hardware are often designed to effortlessly gather and steal data from the users by simply sending all data home to China over a Chinese-made network. The very idea of such a possibility is staggering. And yet Xi’s big idea is to combine all these systems together in a great power strategy.

This grand strategy is simply for China—that is, the CCP—to become the world’s biggest source of data and transactions in order to control the rest of the world. President Donald Trump’s tariffs have made the Chinese think twice, and complaints from Europe have certainly been heard in Beijing, but will they really delay certain aspects of the MIC2025 in response to the U.S. trade war? Or will they just alter how much they publicize what they’re doing?

Given their past behavior, going all the way back to their broken promise to open their market to the West in 2000, it’s likely that China’s promise to delay or scale back their ambitions will be mostly minor adjustments around the edges. That means the world must act to reign in China. The free nations of the world must each decide what kind of future they want.

Will they fight to keep the free and open international order, or will they surrender to a China-centric world based on the oppression and brutality of the CCP?