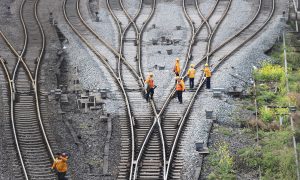 China's One Belt, One Road: A Sign of Weakness?
0 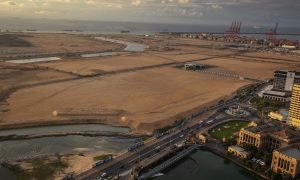 China Admits One Belt, One Road has Commercial and Military Objectives
0 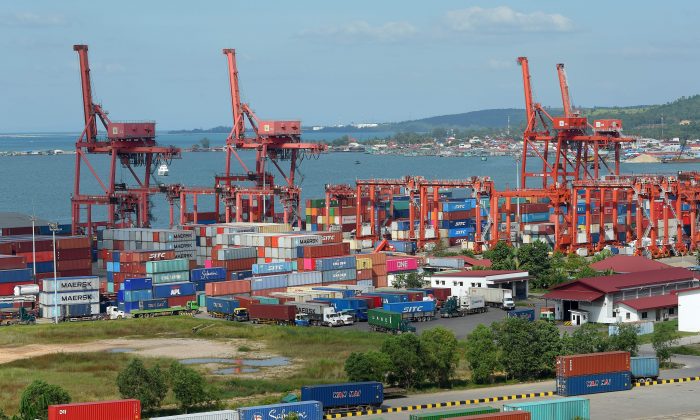 Reminiscent of the old Silk Road trading routes of the Mongol Empire that linked Asia with Europe, the Chinese regime’s Belt and Road Initiative (BRI, also known as One Belt, One Road) has retraced those historic routes with unanticipated historical outcomes. Just like the Mongol rulers of the 13th century, the CCP leadership hoped that the BRI would help them realize their grandest ambitions of extending trade and political influence throughout Asia and Europe.

And by most estimations, with its massive levels of direct foreign investment, the BRI could certainly have given China an opportunity to go even further than that. It would extend Beijing’s economic and political hegemony throughout Western Europe and into Africa and the Americas as well.

For the first time in history, China could see itself becoming the center of influence for global commerce, technology, and manufacturing. But of course, Beijing’s great scheme must shift the global economic center of gravity away from the United States and seat it in China.

Pandemic Brought to the World by BRI

But rather than economic development and global political triumph, the Chinese regime’s grand plans have brought a potential disaster upon the entire world.

As of this writing, the highly contagious and deadly COVID-19 continues to spread to new countries. In fact, it is being compared to the spread of the Black Plague of the mid-1300s.

The historical parallels between the two are startling, to say the least.

For example, like the Black Plague pandemic, the coronavirus also began in China. Furthermore, like the Plague, this new and deadly pathogen traveled westward, closely following China’s BRI trail across Iran (Persia) and into Europe via Italian ports.

And as with the plague, trade with China is a major factor, though certainly not the only one. Some countries with close economic or strategic ties with Beijing have suffered the most. On the other hand, some nearby trading partners have managed to avoid high infection and fatality rates.

For example, Japan and South Korea both have deep trading relationships with China. Yet Japan, with many factories located in China, as of March 11, reports less than 500 infected. And as of March 10, though South Korea reported 7,513 cases, it is seeing infection rates falling for a fourth day in a row without citywide quarantines.

Most notable, however, are Taiwan and Hong Kong. Both are staunchly anti-communist and in close proximity with China. And yet, as of March 11, Taiwan has one of the lowest infection rates in the world, reporting less than 50 cases.

That’s due largely to quick action by Taiwan’s government. Those steps included a travel ban on China, Hong Kong, and Macau, a ban on surgical mask exports to keep a national supply, and rapid travel and health data coordination to identify potential carriers quickly.

It’s a similar situation in Hong Kong. As of March 6, it had only 97 infected and two deaths, even though it is on the very doorstep of China.

No doubt the city’s ongoing antipathy toward China’s communist government has limited travel back and forth, which has, in turn, minimized the exposure. But Hong Kong’s experience with the SARS outbreak in 2002 is also a key factor. Scrupulous hygiene and face masks are much more a part of Hong Kong life than elsewhere.

By contrast, political fellowship as well as trade has proven to be a most effective transmission path for the virus. In the Middle East, Iran’s strategic relationship with China has meant increased exposure to the disease and thus higher infection and fatality rates.

With hundreds of Chinese workers in Iran, the impact of the pandemic has reached all the way to the top of Iran’s leadership, with at least 23 members of Parliament—10 percent of Iran’s lawmakers—infected.

Other members of Iran’s leadership who have died from the disease include Mohammad Mirmohammadi, a close confidant and adviser to Iran’s Supreme Leader Ayatollah Ali Khamenei. The cleric Hadi Khosrowshahi, Iran’s former ambassador to the Vatican has also died, as well as a recently elected member of Parliament.

Infected members of Iran’s leadership include Iraj Harirchi, the deputy minister of health, as well as Masoumeh Ebtekar, a vice president for women and family affairs, Mojtaba Zolnour, chairman of the Iranian Parliament’s national security and foreign affairs committee. Iran’s leadership continues to pay a high price for traveling with the CCP.

In Europe, Italy is another example of similar outcomes, but for a variety of reasons. As a struggling member of the European Group of Seven (G-7), Italy saw direct foreign investment by China as a source for a much-needed infrastructure update. Its economy has been burdened by an aging population, astronomical debt levels, and paralyzed by political division.

For those reasons, Italy led Europe’s G-7 in embracing China’s proposed BRI investment in ports and infrastructure in Genoa and other places, wholeheartedly.

Some, however, regard Italy’s BRI member status and the resultant influx of Chinese nationals as the cause for exposure and the high level of infection and death rates outside of China. As of March 10, Italy has 631 deaths and more than 10,000 infected, with a fatality rate at 5 percent, much higher than the global average of 3.4 percent, according to the World Health Organization.

Chinese BRI workers may be partially to blame for Italy’s high infection and fatality rates. But perhaps more likely a cause is the significant illegal immigration of Chinese nationals into Italy and other European nations. These two factors, combined with Italy’s aged population, have resulted in Italy’s unusually high infection and mortality rates from the pathogen. In a startling display of determination, the entire nation of 60 million people is now under quarantine.

France, though sharing a border with Northern Italy, has reported 2,281 cases. But with a death toll of now 50, it is adding further restrictions. Germany’s infections doubled to more than 1,100 by March 9, and recorded two deaths. Both victims were elderly.

Instead of leading the global economy into the 21st century, the Chinese Communist Party (CCP) and its BRI are, in fact, destroying it. In Italy, factories are being shuttered as towns and cities are put under weeks of quarantine.

The rule seems to be that those nations that turn a blind eye to the CCP and its atrocities for economic gain will reap what they sow. The CCP’s dream of world domination has turned into a nightmare for those who have allied themselves with China’s communist leaders.

The consequences of the global pandemic that China has brought upon the world are just beginning to be seen. Companies are fleeing from China even faster than before. Travel bans to China are common, including now in the U.S. regional economic activity, and trade with China is drastically slower than it was just a few weeks ago.

In short, the world that China hoped to captivate and dominate is now a much different one, and not nearly so eager to listen to what the CCP has to say.