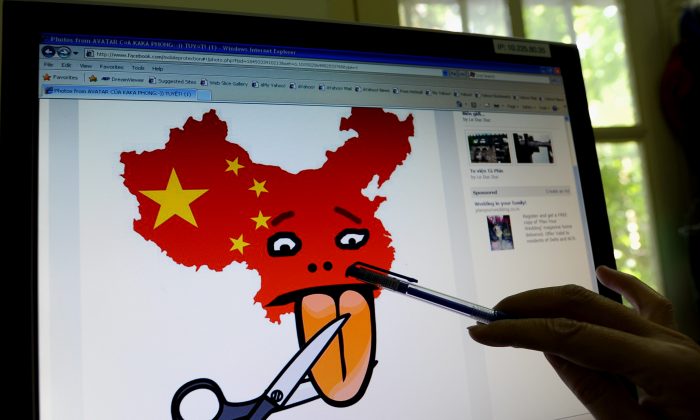 The All China Lawyers Association has proposed punishing lawyers who speak out against the government. (HOANG DINH NAM/AFP/Getty Images)
China

“Improper speech” by lawyers on the Internet is no longer allowed, according to the All China Lawyers Association, the state-controlled equivalent of the country’s bar association.

A draft version of new rules and penalties prepared by ACLA was leaked to social media platforms by disgruntled lawyers on June 12.

They found the prohibitions galling, including a ban on the publication of open letters “to provoke protests or incite public opinion,” or the making of “extreme or improper comments to attack or deframe China’s judicial system, political system, and the Party’s principles and policies” on the Internet.

The muzzling will probably have the most impact on lawyers that take on sensitive political cases associated with the persecution of religious followers, Falun Gong practitioners, and advocates of democracy and the rule of law in China.

If the revised draft is passed, violators will face public censure and potential expulsion from the Association—the equivalent to no longer being allowed to practice law in China.

The All China Lawyers Association is in charge of all licensed lawyers and law firms in China, and acts under the authority of the Ministry of Justice. The People’s Republic of China’s laws on the legal profession says that attorneys and legal firms in China are required to join the ACLA.

While not publishing their views on the Internet, lawyers may also be prevented by their firms from “founding, participating in, or supporting any organizations or activities that damage the image of the ACLA or do not align with the duty of lawyers.”

Law firms are no longer to “indulge” their employees by allowing them to engage in these unspecified subversive behaviors, the notice says.

The move by the ACLA, which is controlled by the government, is the latest move by the Chinese regime to punish advocates of a freer political system in China.

Several well-known rights lawyers have been arrested for “causing trouble” before the 25th anniversary of the June 4 massacre, including Pu Zhiqiang and Tang Jingling.

Predictably, attorneys in China have expressed their outrage at the proposed new rules.

“I was frightened after reading that draft,” said Zhou Ze, a well-known lawyer who also advocates for democracy and human rights in China. “The new rules are obviously for cracking down on dissident lawyers,” he said on Weibo.

He remarked that part of the reason for the proposed rules may be to prevent lawyers from speaking out against the Ministry of Justice, whose own questionable, and sometimes allegedly illegal operations many lawyers in China suffer under.

Others formed a petition on Tuesday to protest against the proposed rules, and called for the ACLA president, Wang Junfeng, to step down. Over 50 lawyers signed the petition the day it was launched, according to Zhang Lei, a lawyer in Beijing.

“The All-China Lawyers Association is not protecting the rights of lawyers any more, but has become an accomplice in repressing lawyers’ rights,” the petition says. It added that the rules violate China’s own constitution.

“The Lawyers Association shouldn’t listen to the ruling Party’s orders to restrict us, said Xie Yang, an attorney in Hunan Province, in an interview with Sound of Hope Radio. “It’s doing everything to show its loyalty to the authorities. We just can’t accept that.”