China’s Baoshang Bank to be Taken Over by Local Governments, State Firms 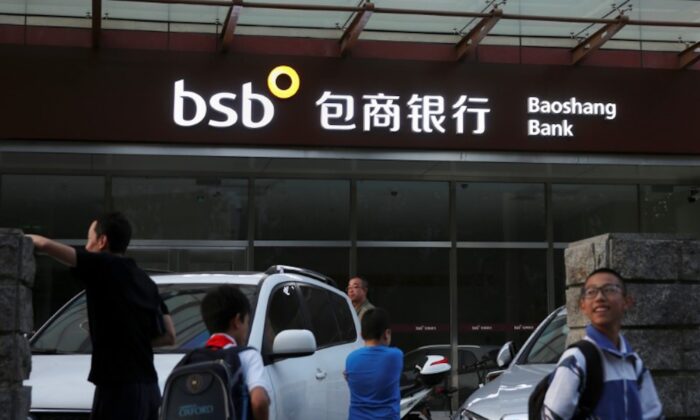 People walk past a branch of Baoshang Bank in Beijing, China on Sept. 24, 2019. (Reuters)
By Reuters

BEIJING—China’s troubled Baoshang Bank will be taken over by local governments and a group of state firms, a central bank official with direct knowledge of the matter said, as Beijing looks to shore up some of the country’s weakest lenders.

Inner Mongolia-based Baoshang Bank became the first high-profile case of China’s small lender crisis as financial regulators took control of the lender in May last year due to “serious” credit risks, rattling domestic markets and prompting the central bank to inject cash into the banking system to prevent contagion risks.

The governments of China’s Inner Mongolia Autonomous Region and Baotou, a major city in the region, will lead the acquisition of at least a 50 percent stake in a reorganized Baoshang Bank, according to the official, who declined to be identified given the sensitivity of the matter.

State firms in Inner Mongolia will also participate in the takeover, the official said.

The People’s Bank of China (PBOC) said in November that asset and cap­i­tal ver­i­fi­ca­tion work at Baoshang was nearly complete, and that it would restructure the lender as soon as possible.

Other strategic investors in the revamped Baoshang Bank include Huishang Bank, China Construction Bank, and a national deposit insurance fund managed by the central bank, the official said.

The official did not elaborate on the value of the investment or specific shareholding details.

Reuters reported earlier this month that Huishang Bank planned to take over four branches of Baoshang under a state-led reorganization.

Huishang also said recently that it plans to invest up to 3.6 billion yuan ($524.29 million) to hold up to 15 percent of a newly created provincial commercial bank, without naming the lender, although the sources said at the time that the investment was linked to the Baoshang reorganization.

The Inner Mongolia and Baotou governments could not be reached for comment. Baoshang and Huishang declined to comment. CCB didn’t reply to a Reuters request for comment.