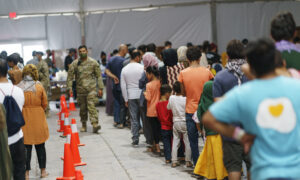 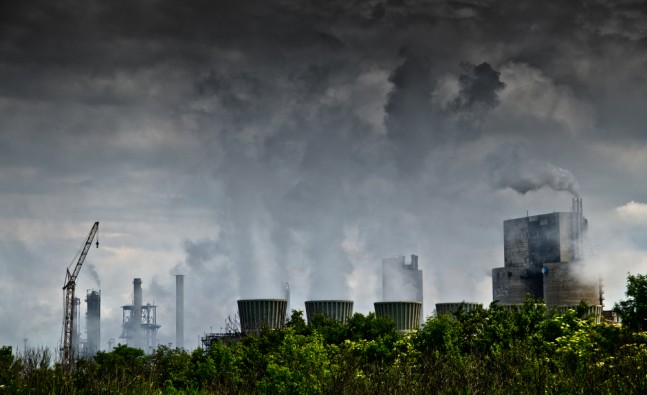 This article was originally published on Environmental Health News

China’s smoke-belching coal plants and heavy traffic may be signs of a bustling economy but health experts fear the country’s dirty air is hurting its babies.

Evidence is mounting that coal and car emissions in China, as well as other developing countries, are raising the risks of premature babies, low birth weights and neural tube defects.

“Their cities are in big trouble and so are their babies,” said Richard Finnell, a professor at the University of Texas, Austin, who has studied birth defects in North China.

Spurred by sweeping economic gains, a thick layer of soot often hangs over China’s cities. Its fine particle pollution is “the worst in the world,” said Angel Hsu, a project manager at Yale University’s Environmental Performance Measurement program. People in China are exposed to the world’s highest levels of fine particles known as PM2.5, according to Yale’s rankings. India is close behind.

Scientists say that the dangers begin in the womb.

In a study published in February, fine particles were linked to more low-weight babies in 22 developing countries, including China, India, Nigeria, Nepal and Peru. In China, preterm births also were linked to the pollutant, said the lead author, Nancy Fleischer, a University of South Carolina professor.

Low birth weights were twice as likely and preterm births were 2.5 times more likely among babies born in areas of China where particle pollution was highest, compared with areas where the pollutant complied with World Health Organization standards, according to the study. About 7 percent of China’s babies are born preterm, while 6 percent are classified as low birth weight, or less than 5.5 pounds.

Preterm babies, born before 37 weeks of gestation, are the leading cause of newborn deaths worldwide. These infants are often troubled with a lifetime of developmental and physical disabilities, said Tracey Woodruff, a professor at the University of California, San Francisco, who studies the effects of environmental contaminants on babies.

Preterm babies, born before 37 weeks of gestation, are the leading cause of newborn deaths worldwide and these infants are often troubled with a lifetime of developmental and physical disabilities. –Tracey Woodruff, University of California, San Francisco  Experts say air pollutants can trigger an immune response in mothers, which produces antibodies that reduce the amount of folic acid that travels through their placentas to their fetuses. Lack of folic acid can lead to birth defects.

Birth defects have increased about 70 percent in China over the past two decades, now reaching about 900,000 per year, according to the country’s Ministry of Health. There likely are many factors involved. But regional differences suggest pollutants may be contributing: Birth defect rates more than doubled in urban areas compared with 22 percent in rural areas.

China’s Shanxi Province “mines a lot of coal, smelts a lot of steel and has the highest rate of neural tube defects on the planet,” Finnell said.

Neural tube defects, which are serious brain and spinal cord disorders such as spina bifida, spiked to about 13 per 1,000 births in the province a decade ago. That is 13 times higher than the rate in the United States.

Mothers’ obesity and diabetes are known triggers for neural tube defects, Finnell said, but “coal pollution might play a role, too.”

The same year of the spike – 2003 – Shanxi produced 300 million tons of coal and had the highest polycyclic aromatic hydrocarbon (PAH) emissions in China, largely due to coal burning. PAHs are formed by the incomplete combustion of fossil fuels.

In a study of 130 women in rural Shanxi, those with elevated PAH levels in their placenta were more than four times as likely to have babies with neural tube defects, according to a 2011 study led by Peking University researchers that Finnell was involved in. A smaller study reported that the risk was eight-fold.

Staying indoors won’t necessarily protect the unborn: Indoor air pollution is often even worse. An estimated 3 million people in developing countries cook indoors and heat their home with charcoal, kerosene, biomass, coal or other dirty fuels. Women and children are most exposed.

“It’s hard to tease out which [air pollutant] is to blame when we know to a certain extent they’re all bad.” –Amy Padula, Stanford University  When pregnant women are exposed to a suite of chemicals, it’s hard to figure out which one may be causing their babies’ problems, said Amy Padula, a postdoctoral research fellow at Stanford University who has studied birth defects and air pollution.

“We do know one of the more critical periods for birth defects is early on in pregnancies, during rapid fetal development,” Padula said. “It’s hard to tease out which one is to blame when we know to a certain extent they’re all bad.”

Woodruff said PM2.5’s ingredients could adhere to the placenta and alter the development of the placenta bed, which would prevent the fetus from getting sufficient oxygen and nutrients. Pollutants also can alter hormones and disrupt the blood flow across the placenta, Fleischer said.

Recently, after citizen protests, a government report declared a “war on pollution,” pledging to shut down 50,000 small coal-fired furnaces and remove 6 million old vehicles from the road.

There is some evidence that these efforts are working. Eight toxic metals from coal plants, including mercury, have been declining since 2006. Also, after a coal-fired plant closed in southwest China’s Tongliang County a decade ago, children had fewer signs of exposure and DNA damage, and performed better on developmental tests.

“Most of the air pollution monitoring is Western Europe and America,” Hsu said. “We need better ground level data, because that’s where the people are breathing in the pollution.”

Image of air pollution via Shutterstock