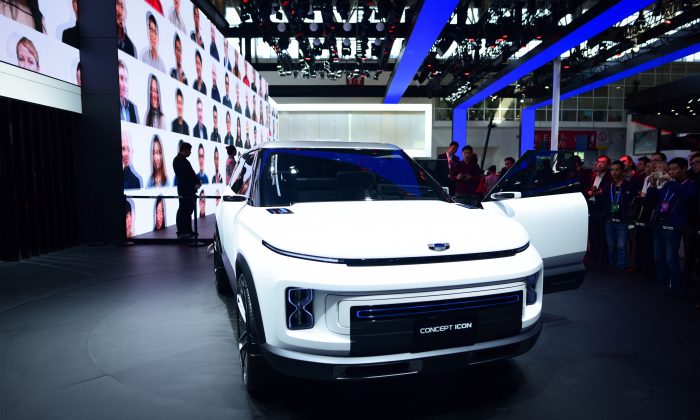 Souring sentiment portends to a disappointing 2019
By Fan Yu

Chinese auto sales fell 6 percent to 22.7 million units in 2018, according to data from the China Passenger Car Association (CPCA). Declining economic growth, a slumping stock market, and uncertainties from the ongoing trade war have led consumers to recoil from their usual appetite for buying cars.

This isn’t a trivial development. China is the bread basket for many of the world’s biggest automakers such as General Motors, Ford, BMW, and Volkswagen.

Over the past decade, manufacturers have spent billions of dollars adding production capacity in China—banking on continued sales growth of a burgeoning middle class. As an economically important 2019 gets underway, they are faced with an uncertain future.

What’s the effect on demand from the ongoing trade war? When will growth return? Continuing to expand, as they have been, risks creating excess capacity and eroding profits. Yet an overly conservative approach could leave some automakers in the dust if sales growth picks up again.

This auto sales slump reflects the overall mood in China’s economy. Chinese auto sales are a major—and perhaps best—indicator of consumer sentiment. The symptoms have been present for several months: inventories are running high, retail sales have been slowing, and several automakers have resorted to cutting prices more than usual.

On Jan. 8, shares of Geely Automobile Holdings, one of China’s most successful domestic brands, had their biggest fall in more than three years. In addition to announcing a 39 percent drop in December 2018 sales, the Chinese automaker also gave a disappointing 2019 sales forecast, leading to a downgrade from several investment research analysts.

Hong Kong-traded shares of Geely are down more than 17 percent since the beginning of the year. That’s after a 49-percent drop during 2018 made the carmaker one of the worst performers in the industry.

Geely, which is controlled by billionaire Li Shufu, denied a Jan. 11 Bloomberg report that claimed it had sold half of its 9.7 percent stake in Daimler AG to raise cash. Geely also owns the Swedish automaker Volvo Cars.

One factor affecting demand—outside of the trade war—is Chinese authorities’ crackdown in 2018 of unconventional forms of lending that bypassed traditional banks. Particularly, peer-to-peer lending made a lot of credit available to China’s growing middle class. This was especially prevalent in smaller third-tier cities. That kind of financing has dried up, as many peer-to-peer lenders closed in 2018.

China Association of Automobile Manufacturers expects auto sales to be flat in 2019. In an outlook issued last December, the trade group expects slower demand for gasoline cars to be offset by more sales of electric vehicles.

Today, that forecast might be more of an upside case.

Chinese regulators may offer some reprieve ahead. There is speculation that Beijing may step in to help stimulate demand. In 2015, regulators cut the purchase tax temporarily on most new vehicles by half, to 5 percent from 10 percent, which helped sales.

Going forward, automakers must be smart about where they invest. There is more potential growth in Western China and rural China, whereas, on the more affluent East coast, the growth slump is probably more permanent based on saturation of vehicles.

Continued sales slump and lower company valuations also offer an opportunity for foreign automakers to sign deals to take control of their domestic partners. BMW offers an example—it reached a deal late last year for around $4 billion to take majority control over its China operations (currently a joint venture with Brilliance China Automotive Holdings) by 2022, when Beijing is anticipated to lift the cap on foreign ownership.