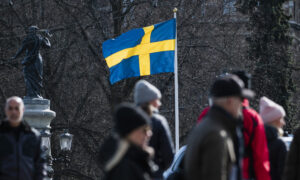 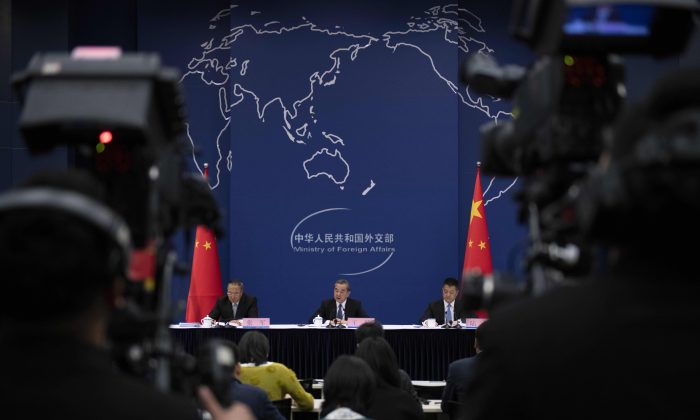 China’s diplomat in Brazil demonstrated Beijing’s “wolf warrior” diplomacy on social media, but the post was immediately removed after it triggered backlash among Chinese netizens.

The Twitter post by Li Yang, the Chinese consul general in Rio de Janeiro, warned the West about criticizing China. He posted a photo of sleeping elephants, which he described as a species that coexist peacefully with Chinese people in southwestern China, and compared them to Western politicians.

Li wrote, “Yunnan, China, elephants are sleeping. Elephants live in peace with Chinese people, so they have their own paradise there. Some Western politicians just want to provoke and suppress China, they will only encounter shotguns in China!!!”

Many Chinese netizens criticized Li’s post and responded with sarcastic comments such as:

“Thank-you for showing how peaceful China is by threatening Western politicians.”

“As long as you are not a Uyghur or any other ethnic group, you can live in peace with China.”

In a bid to eradicate the ethnic and religious identities of nearly 11 million Muslims in Xinjiang, the Chinese regime has detained over one million Uyghurs in so-called “re-education” camps, according to a 2020 report (pdf) released by the U.S. Office of the Secretary of State.

On June 13, the G-7 (Group of Seven) leaders of the world’s wealthiest democracies called out Beijing for its human rights abuses in Xinjiang and Hong Kong.

“We will promote our values, including by calling on China to respect human rights and fundamental freedoms, especially in relation to Xinjiang and those rights, freedoms, and high degree of autonomy for Hong Kong enshrined in the Sino-British Joint Declaration,” the G-7 said.

In retaliation for criticizing the Chinese regime, Li accused the G-7 nations of not being able to handle their own problems in a June 14 Twitter post.

This small group wants to dominate the world, but ironically, they can’t even solve their own problems! Do we need global leaders like this!!! pic.twitter.com/8a4L3CRism

Li also mocked Canadian Prime Minister Justin Trudeau on Twitter by calling him “boy” and a “spendthrift” in a March 28 Twitter post, after the country announced sanctions against four Chinese officials for committing human rights abuses against Uyghur Muslims.

Li is not the first Chinese diplomat to use the term “shotgun.”

In 2019, Gui Congyou, China’s ambassador to Sweden, said in an interview with a Swedish public radio station: “We treat our friends with fine wine, but for our enemies we have shotguns.” The sharp rebuke came after Swedish citizen and author Gui Minhai was awarded the Tucholsky Prize by the literary organization Swedish PEN, in recognition for his work in upholding free speech.

Gui was one of five shareholders in the Hong Kong-based Causeway Bay Books, which published books about the scandals of the Chinese ruling elite. In February 2020, Gui was sentenced to 10 years in prison for “illegally providing intelligence overseas,” according to the Ningbo Intermediate People’s Court in China.

The diplomats of the Chinese communist regime have been called “wolf warriors” due to their aggressive tactics in dealing with the international community.

“They display a fighting spirit as they protected China’s interests across the world,” said Peter Martin, author of the new book “China’s Civilian Army: The Making of Wolf Warrior Diplomacy,” during a U.S. book launch on June 7.

“They will at times shout foreign counterparts if they feel cornered, or if they feel like they might not look tough enough back home,” he said.