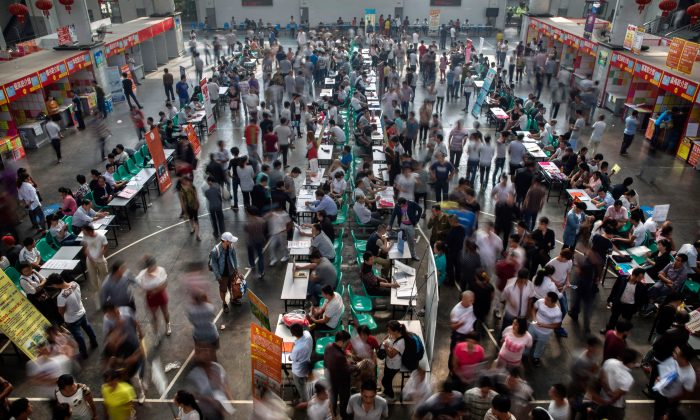 China’s Aging Crisis Is the Final Blow to Its Economy

Part 1 of the 2-part series: China and Japan Dealing With an Aging Population

China’s aging crisis may be the final blow to an embattled economy—already plagued by a debt crisis, real estate bubble, and sluggish growth.

China’s GDP growth is expected to drop to about 5 percent this year, as opposed to the 10 percent of previous decades. Some experts believe that next year, growth may drop below the 5 percent threshold. In the first three quarters of 2021, onshore defaults by Chinese non-financial companies rose by 19 percent, hitting $15.5 billion; while offshore defaults rose 28 percent to $7.8 billion. Real estate, which comprises 25 to 30 percent of the Chinese economy, is facing a default crisis, particularly from Evergrande, a property developer with a potential of $300 billion of defaults.

Inflation is rising. Consumer spending is waning. Manufacturing is down. And curbs on the property sector threaten to deprive local governments of $1 trillion in income from land sales.

In short, China’s economy is taking a turn for the worse. The scenario of a fast-growing economy, supported by debt and an over-inflated real estate market, is similar to Japan, before the bubble burst, in 1990, leading to 10 years of economic stagnation.

Complicating Japan’s recovery from its economic implosion was the fact that the country’s population was aging. China is now facing a similar aging crisis, which may prove one of the largest obstacles that could prevent an economic recovery. This sentiment was supported by the former governor of the Bank of Japan, Masaaki Shirakawa, who wrote a warning to other countries, stating that Japan’s sluggish economy is the result of aging, rather than economic policies.

An aging population requires an expansion of infrastructure and healthcare that cater to the elderly, as the government currently lacks facilities to provide physical and mental care for China’s 264 million seniors. In absence of government programs, the burden of caring for aging parents falls on the children. After decades of forced family planning, most couples have only one child who can care for them. Many of the elderly people remain in the countryside and their adult children are faced with giving up their jobs in the city, to move back to the village, and take care of their parents, or bring their parents to the city where life is incredibly expensive.

Japan, and other developed countries, generally faced an aging population after their per capita GDP had reached between $4,000 and $10,000. China, however, is facing an aging crisis with a per capita GDP of around $1,000, meaning that China simply cannot afford to age. Within five years, the country’s old age pension gap is expected to hit $1.25 to $1.56 trillion.

An aging populace restricts economic growth because the number of people working dwindles. This decreases both the government’s income tax revenue and the country’s GDP. Japan’s workforce peaked in 1995, and has been in decline ever since. The size of China’s workforce peaked in 2015. Other factors of aging that put strains on the economy include reduced spending and consumption by older citizens, and a smaller percentage of young, working people who are burdened with supporting the retirement and healthcare of an increasing number of older people.

The average age in Japan is 45.9. China’s average age of 37.4 is a bit lower, but still cause for concern, particularly with falling birth rates. In 2021, 12 million fewer babies were born in China than the year before. Japan’s population peaked in 2010, at 127 million. Nearly 30 percent of the Japanese population is now over 65. Similarly, senior citizens, 60 and over, make up about 37 percent of the Chinese population.

Japan experienced its aging earlier than China, but China is aging faster. Over the next 20 years, the four major indices of an aging population are predicted to be more favorable for Japan than China.

Older citizens cost more to care for, earn less money, pay fewer taxes, spend less money, and contribute less to GDP. A challenge for the Chinese Communist Party (CCP) will be to keep the GDP growing, in spite of the current debt and economic crisis, while also addressing the problems of an aging population.

For decades, China has relied on manufacturing and exports as the drivers of the economy. With an aging population, not only are there fewer workers, but the workers are getting older. As the workforce ages, worker productivity drops. Consequently, China will have to promote new industries and businesses sectors to capitalize on its older workers. Capital-intensive industries will have to replace labor-intensive ones.

Japan, Singapore, South Korea, Hong Kong, and Taiwan all faced and are facing an aging population and a declining workforce. These countries all have been able to survive their demographic changes, however, by increasing the education and productivity of their workers, and moving up the value chain.

China, however, is not Japan. With its massive income inequality, urban-rural divide, and low per capita GDP, China would not be in a good position to make such radical changes under the best of circumstance. And the results would take decades to have a positive impact. Meanwhile, China’s population is aging at an alarming rate.

China does not have decades. Its economy is near crisis now. Most experts believe the real estate bubble is about to burst. And when it does, it seems unlikely that an aging population and a diminishing workforce will be able to restore the country to its previous, stellar GDP growth rates.