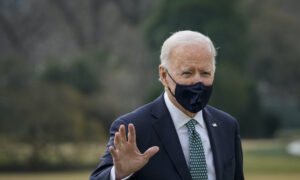 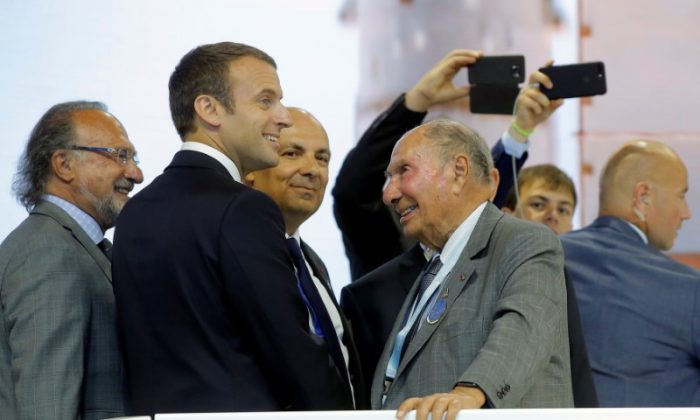 The Chinese regime issued a notice on April 9, announcing a themed event for May called “Looking Back 100 Years: The Chinese Communist Party’s Leadership in Science and Technology.” The event aims to promote the Chinese Communist Party (CCP)’s propaganda of “the Party’s overall leadership and direction of science and technology.” However, it is significant that China has not developed its own aircraft design software.

At present, aircraft companies around the world, including the production companies of Chinese aircraft, basically rely on CATIA (Computer Aided Three-dimensional Interactive Application), a design software developed by the French company Dassault Systèmes.

According to public information, 90 percent of the world’s aircraft are designed with Dassault’s software. Many auto companies, including Tesla, are designed with CATIA. In China, piracy of CATIA has never ended due to the efficiency and capacity of the software.

Two cases in 2018 set a new record for the highest compensation ruled by the Shanghai Intellectual Property Court since its establishment, and both cases were filed by Dassault against piracy of its software.

One of the defendants was Shanghai-based Zhidou Electric Vehicle (Zhidou), a joint venture founded by Geely Holding Group, and once dominated the electric vehicle market in China.

The second defendant was Shanghai-based TJ Innova Engineering and Technology Company (TJI), which is said to be the earliest, the largest, and the most predominant automotive design and engineering company in China.

Dassault claimed that Zhidou and TJI had illegally installed and used CATIA. The two cases brought the software under the media spotlight in China.

Because of the media reports, it became widely known that in addition to civilian airliners, many military warplanes relied on CATIA for their designs. For example, the FBC-1 (its variant is known as JH-7A or Flounder), designed in 2000, was the first digitally designed aircraft and the first fighter designed with CATIA V5.

The Chinese aviation and aerospace industry totally relies on CATIA. The CATIA V5 R20, which was used by Zhidou through piracy, is an aviation manufacturing design software. The Chinese jet fighters, including J-10, J-11B, J-15, J-16 to J-20, and the Yun-20 tanker aircraft, are all designed with CATIA. Also, the Long March rocket family, such as the Long March 5, is designed with Dassault software.

According to public reports, Yao Weixing, professor of Nanjing University of Aeronautics and Astronautics and chief designer of the NH40 aircraft, said that China does not lack the corresponding talent and theoretical basis with regards to aircraft design and analysis software. For example, the basic principle of the finite element software used to design the structure capacity comes from the theory of finite element method (FEM) proposed by Chinese mathematician Feng Kang.

In the book “Overview of the Academic Achievements of Famous Chinese Scientists in the 20th Century: Mathematics Volume (Part 2),” published by the official Science Press in 2011, it mentioned that Feng’s research work abruptly ended during the Cultural Revolution in 1966. He was subjected to severe criticism and unjust treatment, and was forced to do agricultural labor and live in shabby dwellings called “cowsheds.” He could not participate in scientific research, and consequently, he almost suffered from a nervous breakdown. This biography is obviously a censored version.

Yu Dehao, one of the first graduate students recruited by Feng after the Cultural Revolution, published an article in Shuxuetongbao (translated as “Journal of Mathematics”), Vol. 44, No. 9, in 2005, which originally contained the following paragraph:

“At that time, some senior researchers had already committed suicide, and Mr. Feng also thought of committing suicide … but out of his deep affection for Suzhou [city in China], he felt that he should die in his hometown. He escaped from the cowshed and went to Suzhou.”

But authorities found Feng and escorted him back to Beijing where he continued to be censored, the article said.

During the Cultural Revolution, Feng missed a whole decade that could have been a golden age for his scientific research, and he was unable to continue his research in FEM. During this time period, the publication of the earliest academic journal on Chinese computational mathematics was also discontinued.

An article published in the Chinese regime’s Science and Technology Daily states that in the 1980s, China began to develop its aviation design software at the same time as other countries, but now the market is full of European and American products. And China has relied heavily on CATIA, without which design work is impossible to carry out.

The CCP’s propaganda media outlet Xinhua published an article on May 30, 2018, which revealed the backward situation of Chinese design software and called on the government to provide more policies to encourage the development of domestic aviation software.

Indeed, under the leadership of the CCP, China’s science and technology development was delayed for 30 years and the Cultural Revolution exacerbated the problem—many talented scientists were severely persecuted and the scientific and educational fields suffered heavy losses.