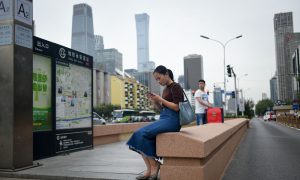 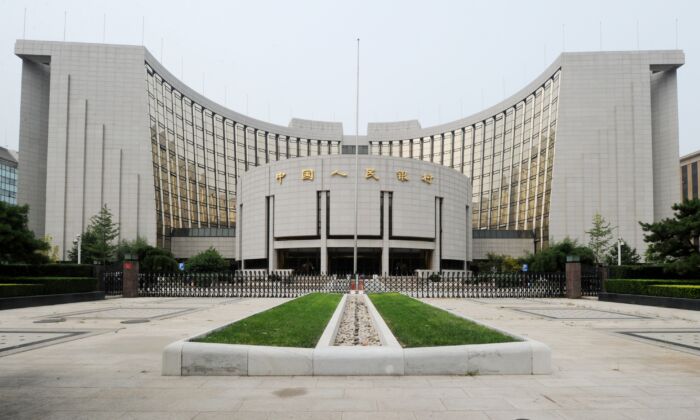 The headquarters of the People’s Bank of China, the Chinese central bank, in Beijing, on Aug. 7, 2011. (Mark RalstonAFP/Getty Images)
China Business & Economy

China will face another potential financial crisis in 2020 when local governments must pay-off over $283 billion in maturing municipal debt.

The Sino-U.S. trade war has cost the Chinese economy about $117 billion as the Trump administration relentlessly ratcheted up tariff rates over the last two years. China protected domestic jobs by directing local government to subsidize the tariff costs through a combination of business tax cuts and increases in infrastructure spending.

The strategy allowed the state-owned industries in China’s provinces and cities to hold sales prices steady to keep production volumes up. The local governments delayed funding the cost burden by selling larger and larger amounts of municipal bonds.

Local authorities would like to push paying off the maturing debt into the future by selling even larger amounts of municipal bonds. The China State Council granted local government the authority to sell $303 billion to pay-off the maturing debt and fund $20 billion of new local spending for transport, energy, agriculture and forestry, vocational education and medical care.

But the appetite by foreign and domestic investor to buy more Chinese communist government debt has shriveled over the last two months, pushing interest rates up and bond prices down. Ken Cheung, Chief Asia FX strategist at Mizuho Bank Ltd., warned: “The large amount of supply that will be rolled over will weigh on [the prices of] China’s sovereign bonds.”

If selling huge amounts of additional municipal bonds pushes interest rates up, China may be forced to spectacularly increase the money supply. Such a “printing money” move would accelerate inflation that is already running near a six-year high of 3 percent in September, driven by food inflation of 11.2 percent.

The deteriorating financial condition of provinces and cities is blamed on the first Chinese regional bank failures in 25 years. First China’s Baoshang Bank, then Bank of Jinzhou, and nearly three months ago Heng Feng Bank failed and were nationalized this year.

Some of China’s trading partners are taking steps to protect themselves from the risk that an inflation spike will force the People’s Bank of China to devalue the yuan currency exchange rate, as evidenced by September’s 11.82 percent drop in the percentage of international trade conducted in the yuan.

With local governments unable to continue bearing the full financial burden of trade war subsidies, China’s State Council issued a “Five-Five Sharing” order on Oct. 9 that canceled the slashing of local government’s allocation of value-added-tax (VAT) from 50 percent to 25 percent. As the nation’s biggest tax source, the over $100 billion transfer from the central government was expected to calm financial markets by reinforcing the perceived solvency of local province-owned banks.

But an Oct. 31 rumor on WeChat that “the local rural commercial bank is going bust,” caused a bank run by hundreds of angry and fearful depositors at the main branch of Yichuan Rural Commercial Bank in Luoyang City, Henan Province. Despite state-run television broadcasting scenes of political officials and business leaders claiming the bank had huge amounts of cash on hand, the media reporting intensified the bank run.

The South China Morning Post reported that the local Communist Party discipline authority issued a statement that Yichuan’s Chairman, Kang Fengli, 54, “had been placed under investigation for possible serious violations of discipline and law.”