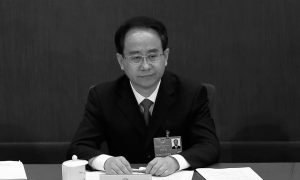 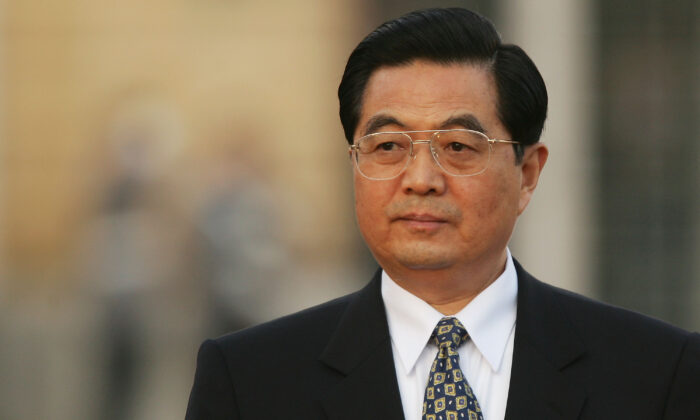 BEIJING—China’s Communist Party gathers behind closed doors this weekend for an annual meeting that will chart a course for the fast-growing economy and may see party chief Hu Jintao further consolidate his power.

The party plenum opening on Saturday will be the first at which Hu holds all top party, military and state posts, following the retirement of his predecessor Jiang Zemin from his last position, the state military chairmanship, in March.

Thus the spotlight at the four-day meeting in the Soviet-era Jingxi Hotel will be on Hu to see whether he takes the opportunity to manouevre key allies into place, push forward a possible successor and cement his grip on power.

The party’s 354-member Central Committee will also approve a draft of China’s 11th Five-Year Plan, a policy blueprint widely expected to continue with pursuit of the strong growth that has transformed the country into the world’s seventh-biggest economy.

A barometer of his consolidation of power will be whether Hu—the country’s fourth generation leader after Mao Zedong, Deng Xiaoping and Jiang—has the political clout to name a fifth generation successor at the plenum, said sources with ties to the leadership who requested anonymity.

Another test will be whether Hu can seize control of Shanghai, the political stronghold of Jiang, 79, who still wields influence through political allies in China’s financial capital and who dominate the party’s all-powerful nine-member Politburo Standing Committee.

Similarly, Hu will come under pressure to hand over power when he turns 70 in 2012, at the end of his second five-year term as party chief. With Jiang’s health and influence deteriorating, Hu is anxious, some sources said, to cement his grip on power and chart the next succession.

Li Keqiang, 50, a key Hu ally who has a doctorate in economics from Peking University and cut his teeth in Hu’s stronghold, the China Youth League, is front-runner to become China’s fifth generation leader, two independent sources said.

Hu is pushing to promote Li to become an alternate member of the Politburo and possibly director of the party General Office, the nerve centre handling classified documents and administrative and logistical affairs, the sources and political analysts said.

If Hu succeeds in Shanghai this time, Chen would retain his seat in the party’s 24-member decision-making Politburo but be given a largely ceremonial position in Beijing, the sources said.

Some sources argue Hu will not make drastic personnel changes because he still needs cooperation from Jiang allies to deal with problems ranging from mounting tensions between rich and poor, officials and the people, and corrupt and honest officials.

“It’ll be tantamount to a declaration of war if Hu makes Shanghai his target,” one source told Reuters.

One analyst who spoke on condition of anonymity added: “Hu may feel he has more pressing problems to attend to and put off any major personnel changes.”

Obsessed with social stability, China’s leaders have cracked down on the media and the Internet to eliminate the threat of “colour revolutions” like the popular uprisings which toppled dictatorial regimes in post-Soviet Ukraine and Georgia.

With a record 74,000 protests across China in 2004, up from 58,000 last year, the leadership is struggling to reduce high health, education and housing costs and the number of unemployed.

“It has become clear to the new Chinese leaders that, unless policies are changed, the country will be on the verge of social revolution led by vulnerable groups such as farmers, migrant workers and the urban unemployed,” said Cheng Li, an expert on the Chinese leadership at Hamilton College, in a recent report.

“That is the main reason the Hu administration has called for the establishment of a more ‘harmonious society’,” Li wrote, referring to Hu’s attempt to address the inequities that have built up in China.

Regardless of how the political jockeying turns out, China is expected to celebrate the plenum’s success with the launch of its second manned space flight the day after it closes.