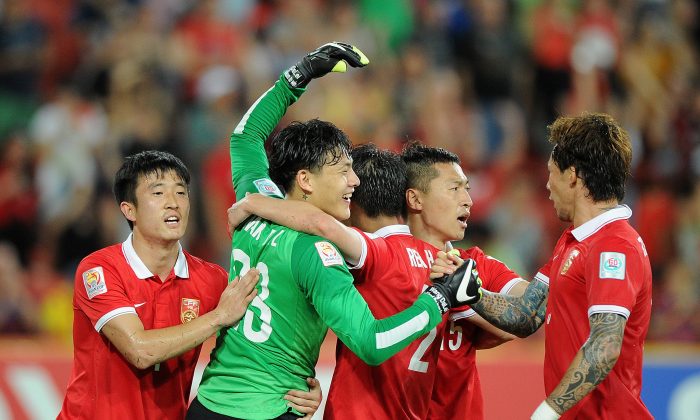 China is withdrawing as host of the 2023 AFC Asian Cup, according to an announcement by the Asian Football Confederation (AFC). Chinese fans worry that the move indicates that lockdowns to contain COVID-19 will continue through 2023.

On May 14, a statement by the AFC acknowledged that the pandemic led to China relinquishing its hosting rights.

A new host country is yet to be announced, but the decision drew heated online discussion and concerns from the Chinese fans. Many worry Beijing’s strict zero-COVID policy will continue throughout 2022, and the majority of Chinese lives won’t likely resume normalcy by next summer.

Chinese media reported that to prepare for the 2023 Asian Cup, over the past three years, hosting cities have collectively invested billions of dollars in construction and renovation of stadiums and surroundings that were up to the international standards. For instance, Qingdao City invested $477 million in a new football stadium; Dalian City spent nearly $300 million on a professional football stadium.

The Chinese media also acknowledged that without the leadership’s approval, the step-back would not have occurred.

Following the announcement, the Chinese media echoed the Chinese organizer’s decision and reasoned that canceling the 2023 Asian Cup in China was a wise choice. It will relieve the extra burden on the governments of the 10 hosting cities in their pandemic containment efforts, despite the huge cost of the investments already made. It also criticized AFC’s unreasonable demand of a “fully open model” in hosting cities.

According to the original plan, the tournament was to be held at facitlities in Beijing, Shanghai, Tianjin, Dalian, Qingdao, Suzhou, Xiamen, Xi’an, Chengdu, and Chongqing.

Seeing Shanghai residents struggling to survive through starvation and mental breakdowns since the authorities imposed a severe containment policy on March 27, many Chinese netizens reacted with grave concern: Does that mean Beijing will insist on zero-COVID through next summer?

China has lost many other sports hosting roles this year due to its pandemic containment practices. For instance, Japan has replaced China as hosts of the East Asian Football Championships in July this year; the Hangzhou 2022 Asian Games in September have been postponed; the Chengdu 2021 Summer World University Games were again postponed from this June to next June; the Asian Youth Games Shantou 2021, already postponed to this December, are now canceled.