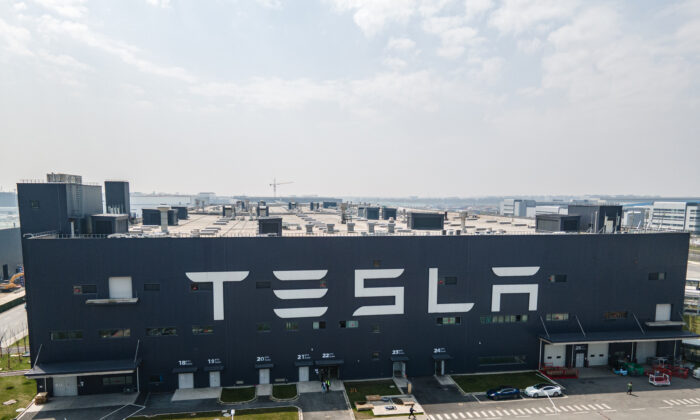 Beijing Will Eventually Squeeze Tesla Out of China in Favor of Chinese EV Makers: Expert

Frank Fang
journalist
Frank Fang is a Taiwan-based journalist. He covers news in China and Taiwan. He holds a master's degree in materials science from Tsinghua University in Taiwan.
View profile
Follow
and David Zhang

Beijing’s national strategy of forced technology transfer means that Tesla will eventually be squeezed out of the Chinese market, just like the fate suffered by other Western companies in the past, said Robert Atkinson, president of Washington-based nonprofit Information Technology and Innovation Foundation (ITIF).

“At the end of the day, the strategy for China is pretty clear. It’s that they will use you and then shove you aside,” Atkinson said during a recent interview with NTD, The Epoch Times’ sister media.

“The Chinese strategy for Tesla, I believe is, hey, we’re going to get some benefits from Tesla. But ultimately, we want companies like Geely and the other Chinese EV [electric vehicle] makers to dominate, not just the Chinese market, but a lot of the world market,” he added.

The Chinese regime is known for requiring foreign companies to enter joint ventures with Chinese companies, many of them backed by the communist regime, in order to obtain their know-how, valuable technology, and intellectual property (IP).

Tesla appeared to have dodged such risk when, in 2018, it became the first foreign automaker to set up a wholly-owned factory in China without a Chinese company as its partner. The factory, located in Shanghai, began producing Tesla Model 3s in late 2019.

However, Atkinson said Beijing does get “direct or indirect technology transfer” from Tesla. What’s more, Chinese EV makers are also set to benefit since some of current Tesla workers will eventually switch jobs and work for Chinese EV makers instead, he added.

For example, he pointed to two European telecoms companies Nokia and Ericsson, saying how the two firms used to have a large share of the Chinese market before ceding to their Chinese competitors ZTE and Huawei.

“I think that’s what we will end up seeing [with Tesla] at some point. The real question is how long?” Atkinson said.

But perhaps more important for all foreign companies to know, Atkinson said, is that China is not giving up on its current methods of obtaining Western technologies.

“Forced tech transfer, IP theft, knowledge acquisition, whatever you want to call it, is still going to be a core part of the Chinese economy for at least another decade or two,” he warned.

China’s economy is becoming more sophisticated, rapidly gaining on the United States in the last 20 years, according to global rankings of economic complexity by Harvard University’s Growth Lab. A higher ranking on its Economic Complexity Index (ECI) indicates a country exports more diverse and complex goods.

To reverse the trend, Atkinson said the U.S. Innovation and Competition Act (USICA), a bill passed in the Senate in June last year, is a major piece of legislation to build up U.S. capabilities in advanced tech sectors.

If enacted, the bill would authorize about $190 billion in spending for scientific research and development and $52 billion in funding to boost U.S. production and research into semiconductors—tiny chips that power everything from smartphones, electric vehicles, to missiles.

According to Atkinson, there could be a vote in the House next month.

There is more the U.S. government can do, such as denying Chinese companies that are known to have benefited from IP theft or massive government subsidies from accessing the U.S. market, Atkinson added.

Excessive government subsidies and IP theft were among China’s illegal trade practices U.S. Trade Representative found in its “Section 301” investigation in 2018. That promoted the Sino-U.S. trade war and the signing of a phase-one trade deal in January 2020. Under the agreement, China agreed to buy at least $200 billion worth of additional U.S. goods and services during 2020 and 2021 and end forced technology transfer.

“I think at the end of the day, what we have to do in America is we have to start pedaling faster,” Atkinson said. “If we don’t do that, then I think it’s essentially game over.”