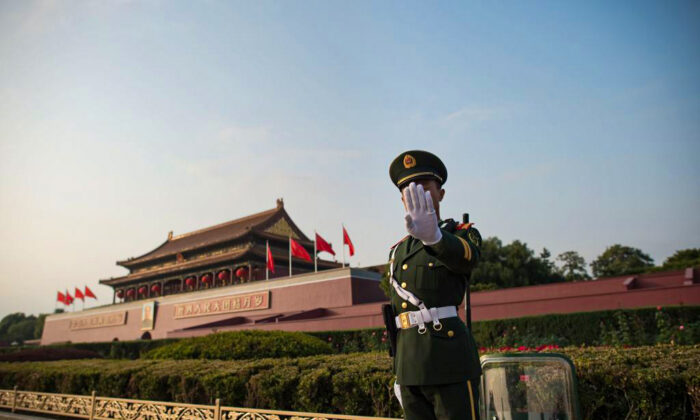 China’s Economy Is Incapable of Overwhelming the West: Report

China will never have a “meaningful lead” over the United States’ economy and will remain “far less prosperous” and productive per person, even by the mid-century, according to a Sydney-based think tank.

In its new analysis paper, “Revising Down the Rise of China,” the Lowy Institute stated that it believes China’s economic growth will slow to an average of 2 to 3 percent overall from now until 2050, according to their projections.

Rajah noted that among 20 recent studies, most suggest that China’s economic growth could average out at about 5 percent per year until 2030, before falling to roughly 4 percent until 2050.

“Expectations regarding the rise of China should be substantially revised down compared to most existing economic studies and especially the expectations of those assessing the broader implications of China’s rise for global politics,” he said.

As actual data from China is unobtainable, the analysis is based on the latest medium-term projections from the International Monetary Fund and long-term forecasts published by the Organization of Economic Cooperation and Development in 2018.

Economists are often skeptical of official data published by the Chinese Communist Party. For example, some experts have found its gross domestic product (GDP) figures to be overestimated and thus unreliable (pdf).

The most straightforward contributor to the decline in China’s long-term economic growth is its demographics.

China’s latest national census shows that over the past decade, the country’s fertility rate fell to 1.3 births per woman in 2020, well below the replacement rate.

“[United Nations projections] suggest that by 2050, China’s working-age population will have shrunk by roughly 220 million people—about one-fifth of its current level,” Rajah said.

China has a limited ability to offset this demographic outlook. While Western developed nations typically use immigration to compensate for low fertility rates, China isn’t a popular choice for migrants.

In fact, China’s net migration is negative, with more native citizens looking to move overseas than there are immigrants entering the country.

As the population ages and declines, the need for housing also decreases. As a result, China’s housing market also faces a decline.

Over the past couple of decades, China’s housing market has boomed, with housing investment estimated to have surged to 14 percent of the country’s GDP, or half of all private fixed investment.

The recent collapse of China’s Evergrande Group, which held liabilities amounting to 3 percent of China’s GDP, was the first “major casualty” of Beijing’s tighter housing policies.

Rajah noted that many other property development companies appear to be “financially vulnerable,” while market conditions will likely become more difficult.

One fundamental issue is the deceleration of urban population growth, which implies a “dramatic decline” in urban housing construction.

Another factor is that about 90 percent of registered urban households reportedly own at least one property. Weakening economic growth would also reduce employment opportunities and provide less incentive for rural to urban migration.

This lowering demand, combined with longstanding oversupply issues, leaves the outlook of the sector even more negative.

As China faces a dramatic decline in its working-age population, attention has shifted to increasing productivity, which has continued to decline, according to estimates.

“The key question, however, is: What pace of productivity performance can China realistically achieve?” Rajah asked.

Historically, China has never had impressive productivity. Its “strong productivity” performance was more of a reflection of its “incredibly low starting point,” he noted.

When comparing the Chinese economy to similar stages of development in the Four Asian Tiger economies, productivity growth in China to date has underperformed by a “sizeable margin.”

“Whereas the previous East Asian miracle economies benefitted substantially from relatively unfettered access to Western markets and technologies, geopolitics means China can no longer do so and instead faces the prospect of intensifying ‘decoupling’ with the United States and potentially other advanced Western economies,” Rajah said.

China has been Australia’s largest trading partner since it overtook Japan in 2007 and has relied on its planned economy for the past couple of decades. Continued reliance on a declining Chinese economy would likely not be sustainable for the future growth of Australian businesses.

Lithuanian Foreign Minister Gabrielius Landsbergis recently told Australians that while breaking dependency from Beijing and Moscow would cause the cost of goods to go up, it’s a price that the world needs to pay to safeguard its rules-based order.

“For decades now, there were those who were convinced it is possible through the liberalization of trade to bring values like rule of law and democracy to others,” Landsbergis told the National Press Club on Feb. 10. “Unfortunately, it doesn’t seem to be the case—quite the opposite, actually.

“It appears that profitability created dependencies, dependencies that limit the possibility of one side to even ask for responsibility from the other.”