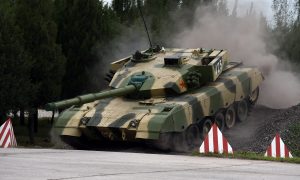 How Useful Will China's Weapons Be in a Real War?
0
Share Now
TelegramFacebookTweetEmailTellMeWeReddit
Copy Link 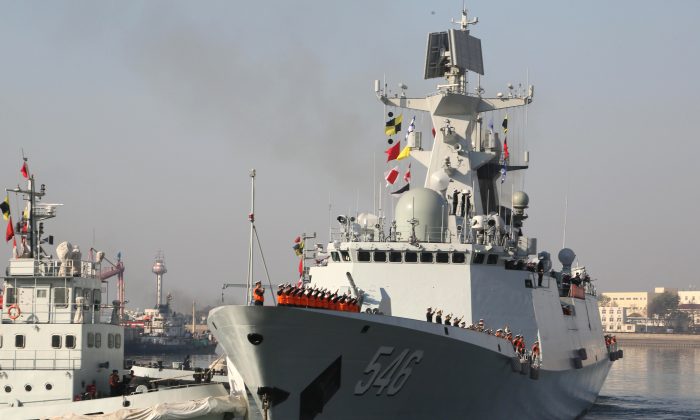 A Chinese missile frigate, the Yancheng, is shown on November 30, 2013, in Qingdao, China, prior to a deployment to the Gulf of Aden. The Chinese regime will now station several warships in the Gulf of Aden. (STR/AFP/Getty Images)
China

The Chinese regime put on quite a show last week when it sent a navy frigate to Yemen and evacuated 225 nationals from 10 countries. It marked the first time the Chinese regime sent a naval warship to evacuate non-Chinese citizens from a foreign country.

It now appears, however, that the Chinese regime had other plans. The evacuations may have been little more than cover for a naval pivot.

The naval warships dispatched by the Chinese regime for the evacuation will now be staying in North Africa.

The Chinese ambassador to Pakistan, Sun Weidong, told the plan to Pakistani news outlet The News during a spring festival dinner on April 5.

Weidong said the warships of the Chinese regime’s People’s Liberation Army Navy will stay in the Gulf of Aden where, according to The News, they will “keep pirates away from one of the most important water courses in the world.”

The Gulf of Aden is a major shipping chokepoint at the Horn of Africa. The channel separating Somalia and Yemen connects the Red Sea to the Indian Ocean and is near a key U.S. military outpost in Djibouti.

Several countries have been evacuating their citizens from Yemen, where a military conflict recently erupted with the Saudi Arabia-led military campaign against Houthi rebels, dubbed Operation Decisive Storm.

The Chinese regime sent its Type 054A Linyi frigate on April 2 to help evacuate foreign nationals, following similar missions to evacuate 449 of its own citizens, who were taken to Djibouti.

While the Chinese regime was conducting the evacuation, it sent an additional naval squadron to the Gulf of Aden for “anti-piracy patrols,” according to The Associated Press. The squadron contains three warships, 800 sailors, and a special forces team.

News that the Chinese regime will keep the warships stationed in the Gulf of Aden comes on the heels of similar news that it may also build a naval base in Namibia’s Walvis Bay, in the South Atlantic.

The naval outposts may be part of a larger strategy by the Chinese regime. According to The Namibian, the Chinese state newspaper International Herald Leader reported in November 2014 that the Chinese regime wants to build 18 overseas bases in key locations around the world, including in Namibia, North Korea, and Thailand.