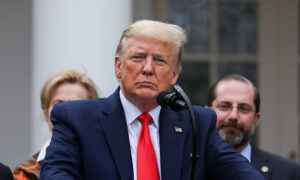 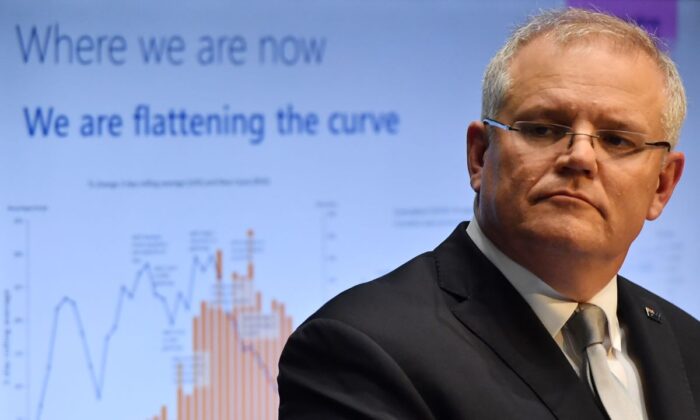 Australian Prime Minister Scott Morrison said he is “puzzled” why the Chinese regime has allowed wet markets to reopen, doubling down on a previous comment he made that the World Health Organisation (WHO) should deal with them as a serious “world health risk.”

The prime minister said it was “unfathomable” that the Chinese regime is allowing wet markets to reopen, including the one in Wuhan where the CCP (Chinese Communist Party) virus, commonly known as the novel coronavirus, is thought to have originated.

“We need to protect the world against potential sources of outbreaks of these types of viruses. It’s happened too many times,” said Morrison in an interview with Karl Stevanovic on Today on April 14.

The prime minister had previously told Alan Jones on 2GB radio that Chinese wet markets were a “real and significant problem” that “the World Health Organisation should do something about.”

“I mean, this virus started in China and went round the world. And that’s how it started. We all know that. And these wet markets can be a real problem when it comes to what can occur in those markets,” said Morrison.

The WHO is under increasing pressure because of its handling of the outbreak of the CCP virus. There is an international petition with nearly 1 million signatures as of end of day April 14 (Australia time), calling for the resignation of WHO Director-General Tedros Adhanom Ghebreyesus.

The W.H.O. really blew it. For some reason, funded largely by the United States, yet very China centric. We will be giving that a good look. Fortunately I rejected their advice on keeping our borders open to China early on. Why did they give us such a faulty recommendation?

U.S. President Donald Trump said the organization has become “China-centric” and Japanese Deputy Prime Minister Taro Aso said the WHO should be renamed the CHO or Chinese Health Organization for its failure to alert the world to the threat.

Amid criticisms, the WHO has launched an appeal to raise $2 billion (AU$3.1 billion) to fund operations for the pandemic. Ghebreyesis said on Twitter that US$800 million had already been pledged by countries around the world.

.@WHO will be releasing an updated strategy & revised Strategic Preparedness & Response Plan in the next few days, with an estimate of the financial needs for the next phase of the response.

According to the WHO statistics, Australia has contributed an estimated $8.3 million (US$5.3 million) to the WHO in 2020 so far.

The Australian government’s chief medical officer called on the WHO to declare the epidemic a week before they did so, the prime minister told Alan Jones on 2GB on Feb. 6.

Not waiting for the WHO to act, Morrison said the government made proactive decisions about what was best for Australians, including implementing travel bans from China, Iran, and Italy—which is not what the WHO advised at the time.

“You’ve got to always in this environment, I think, be careful about the information you’re using. You’ve got to interrogate it,” said Morrison.

Australia has managed to slow the transmission of the CCP virus throughout the community.

To date, the department of health reports 6,366 cases of infection with 61 deaths. For the majority of these cases infections occurred while they were overseas. The rate of new infections has decreased, with only 44 new cases identified on April 14.

Chief Medical Officer Dr. Brendan Murphy said on April 9 that while the number of new cases has reduced, and while Australia has the lowest death rate in the world, we cannot become complacent. He said we must keep measures in place until the CCP virus is eradicated.