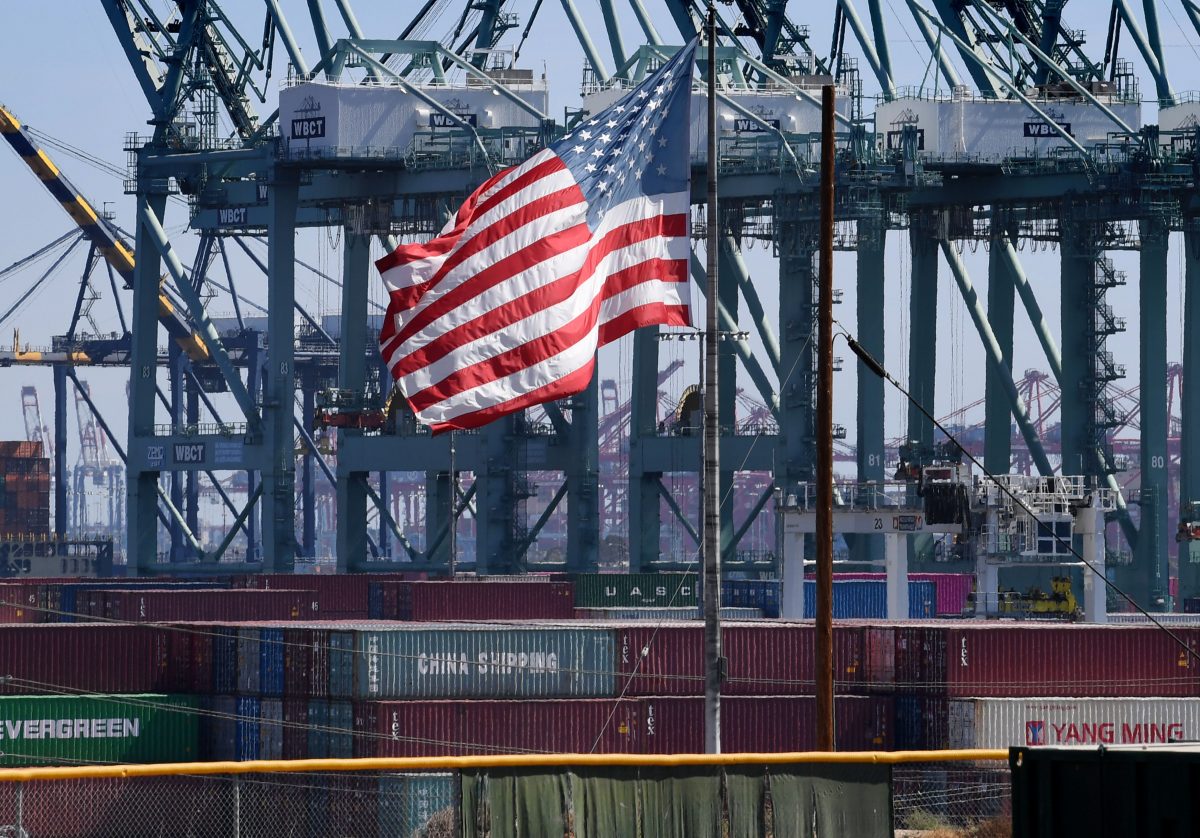 The U.S. flag flies over Chinese shipping containers that were unloaded at the Port of Long Beach, in Los Angeles County, U.S. on Sept. 29, 2018. (Mark Ralston/AFP/Getty Images)
Travel

BEIJING—China has asked some of the country’s state-run companies to avoid business trips to the United States and its allies, Bloomberg reported Jan. 15.

The State-Owned Assets Supervision and Administration Commission (SASAC), which oversees about 100 government-run companies, has told some firms in recent weeks to only take secure, company-issued laptops meant for overseas use if traveling is necessary, according to the report, citing people familiar with the request.

The news comes amid growing strain between China and the United States after the recent arrest of Meng Wanzhou, a top executive at Chinese telecommunications giant Huawei, in Canada at the request of U.S. authorities.

The detention has raised concerns over a potential backlash on U.S. firms operating in China, amid a trade war between the two countries.

SASAC did not immediately respond to an emailed request for comment.

The Chinese regime also has targeted Canada since the arrest of Meng, the chief financial officer and “heiress” of Huawei. U.S. prosecutors have accused Meng of misleading banks about transactions linked to Iran, putting the banks at risk of violating U.S. sanctions.

Since the arrest, China has warned of unspecified consequences unless Meng was released, and has detained Michael Kovrig, a Canadian diplomat on unpaid leave from the embassy in Beijing, and Michael Spavor, a Canadian consultant, on suspicion of endangering state security.

Then on Jan. 14, the Dalian City Intermediate People’s Court sentenced Robert Schellenberg, a Canadian citizen, to death, on charges of smuggling 220 kilograms (485 pounds) of methamphetamine from China to Australia in 2014.

Donald Clarke, a law professor at George Washington University who writes about Chinese law, said Schellenberg’s case “may be connected to China’s efforts to get Meng” released before her extradition to the United States.

Western diplomats say the cases are a tit-for-tat reprisal.

While Beijing has denied any link between the detentions and Meng’s case, the message is clear: They are hostages that the Chinese regime wants to use to secure the Huawei executive’s release.

Clarke published an article in the Washington Post back in December, saying that the Chinese regime sees the Canadians as hostages.

On Jan. 14, Canada’s foreign ministry updated its travel advisory for China to warn citizens about “the risk of arbitrary enforcement of local laws.”

On Jan. 3, the U.S. State Department renewed its warning for U.S. citizens traveling in China to exercise increased caution due to “arbitrary enforcement of local laws” amid heightened diplomatic tensions over the arrest of Meng.

The travel advisory also warned about extra security checks and increased police presence in the Xinjiang and Tibet regions.

China’s foreign ministry has issued its own travel warning for Canada, citing the “arbitrary detention” of a Chinese national in Canada.