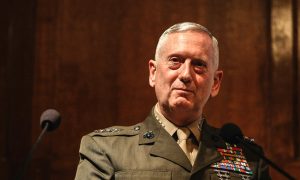 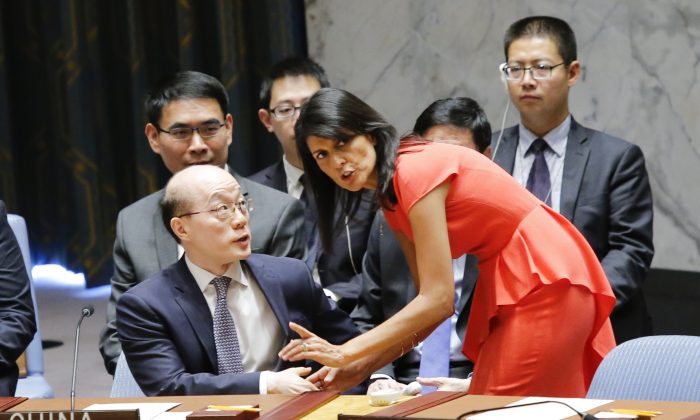 China Votes in Favor of Sanctions on North Korea–But How Much Will China Enforce?

The impact of the sanctions is expected to cut a third out of North Korea’s $3-billion export business.

China, which has voted against UN resolutions sanctioning North Korea in the past, voted in favor of the U.S.-drafted resolution.

The key question, however, is whether China will strictly enforce the sanctions, as in the past it has found ways around them.

Tang Jingyuan, a China analyst with New Tang Dynasty Television, said that in the past, the Chinese Communist Party (CCP) has abused loopholes in U.N. resolutions to avoid having to comply.

However, another unclosed loophole is the long-standing contraband smuggling under the cover of “normal trade” between China and North Korea.

According to South Korea’s official data, North Korea’s overall exports last year increased by 4.6% to $ 2.82 billion, of which $ 2.644 billion was exported to China.

When the United States questioned China’s enforcement of economic sanctions, the CCP argued that the majority of China-North Korea trade were products not on the banned good list of UN, just goods for normal trade, such as textiles and grain.

But the international community has doubts.

“Last year, South Korean media reported that China’s Hong Xiang Corporation used apple containers as a disguise. Military equipment such as tank batteries and metal materials were hidden underneath those boxes, and were smuggled to North Korea,” Tang said. “So how many of China’s so-called non-banned good are in fact covers for the banned goods? It’s really hard to say.

“If Beijing wants to resolve this issue, the most direct way is to strength custom and border inspection, while increasing the penalties for smuggling by corporations and individuals,” Tang added. “The extent of China’s enforcement will depend on how strong Beijing’s will is in containing Kim Jong-un.”

On Monday, North Korea threatened “thousands-fold” revenge against the United States after the approval of the UN resolution. Coincidentally, on the same day, Beijing conducted a military exercise at Bohai Sea and fired dozens of missiles towards the west coast of the Korean Peninsula.

Experts see the CCP’s move as warning Washington to not causally take military action against North Korea, and at the same time sending a clear deterrent message to North Korea.

Since North Korea conducted its first failed nuclear test in 2006, the UN Security Council has imposed 6 rounds of sanctions, hoping to cut off the funding to North Korea’s nuclear program, but the impact of the sanctions had not been significant. Whether the 7th round will be effective remains to be seen.