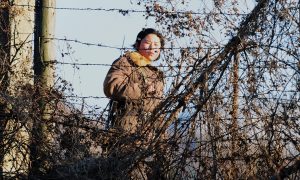 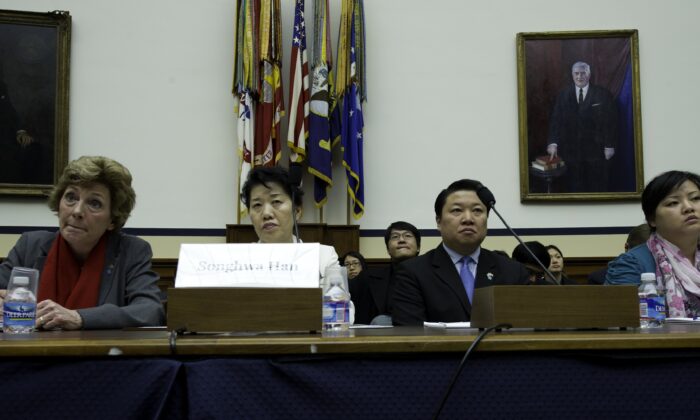 China is forcing North Korean refugees back to the Hermit Kingdom, which almost certainly detains and tortures them, or worse, upon their arrival. This violates international laws against the forcible return of refugees, known as refoulement, and provides yet another reason to sanction China economically, including towards a gradual yet complete economic decoupling at some point in the future.

According to the Financial Times on July 23, more than 1,100 North Koreans detained in China could be returned to the Kim Jong-un regime, where they would almost certainly be tortured by security officials. Those North Korean refugees detained in China include 450 men imprisoned in Changchun, Jilin Province, 325 in Tumen city, 47 in Changbai county, 104 in Linjiang, 180 in Dandong, and 64 in Shenyang, Liaoning Province, according to a July 22 post by Lina Yoon, a senior researcher in the Asia division of Human Rights Watch.

According to an earlier report in the Financial Times, North Korean refugees who are repatriated by China could be killed by North Korean authorities. “Back in North Korea, they face at best brutal interrogation,” wrote reporters Bryan Harris and Michael Peel. “If police believe they had been plotting an escape to the South, their fate lies in concentration camps, where starvation or even execution beckons.”

North Korean refugees escape across China with the help of aid groups and brokers, who keep them in safe houses and lead them past armed patrols. The aid groups include Liberty in North Korea (LiNK), and Helping Hands Korea, which typically drive refugees across China in multi-day journeys using rotating drivers and safe houses, then spirit them across Yunnan Province border trails into Laos or Myanmar. They drive hours into Thailand, from which they fly into South Korea. This modern underground railroad costs a minimum of $2,000 per refugee if the aid group does not run into difficulties. Brokers charge as much as $5,000. It can cost up to $8,000 to bribe a North Korean border guard to let refugees pass.

Yet, the increasing power of electronic surveillance technology is making such heroic treks more difficult. Donations to aid groups are drying up, as international attention on North Korea moves from its human rights abuse, to its nuclear missile threats against international security. Consequently, the number of refugees who succeed has decreased, according to the Financial Times, from almost 3,000 in 2009, to 1,000 in 2019, 229 in 2020, and just two in the second quarter of this year (a record low).

While China provides a typically thin legal rationale for its violation of international laws against refoulement, by claiming that the North Korean refugees are economic migrants, Yoon notes that “as a party to the 1951 Refugee Convention and its 1967 Protocol, and the U.N. Convention against Torture, China is obligated not to force back anyone who would be at risk of persecution or torture upon return.”

Human Rights Watch is right to assert that China should provide asylum to North Korean refugees, allow them safe passage to some safe third country, such as South Korea, and allow the United Nations Refugee Agency to fulfill its mandate and provide services to the refugees. The Chinese regime’s reprehensible treatment of the refugees as mere human slaves to be forcibly repatriated to North Korea is a human rights outrage, and should be met with tough economic sanctions on not only North Korea, but China itself. The international community must better live up to its human rights principles on China, or risk an exponential increase in violations.