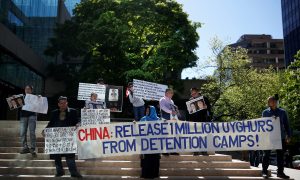 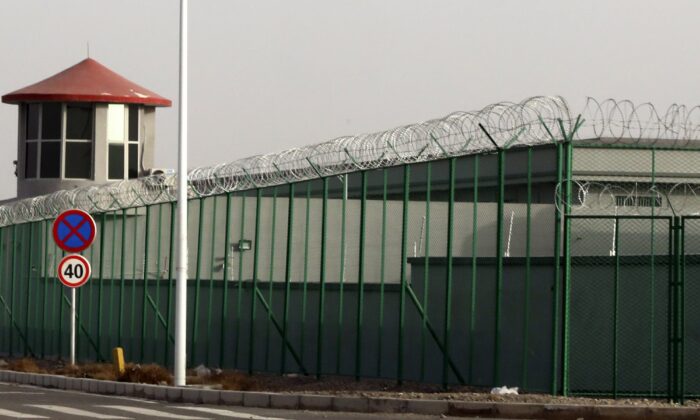 Leaked Chinese Communist Party (CCP) documents have revealed how China uses artificial intelligence to round up Uyghurs and other ethnic minorities for detention in Xinjiang’s network of mass internment camps.

The classified documents, made public by the International Consortium of Investigative Journalists (ICIJ) on Nov. 24, has also uncovered the repressive inner workings of the detention camps in the troubled western region, where at least one million are believed to have been detained, according to figures quoted by the U.S. Congressional-Executive Commission on China and the United Nations.

NEW: #ChinaCables is a leak of highly classified Chinese documents that expose the inner workings of mass detention camps in Xinjiang and reveal, in the government’s own words, how it manages the day-to-day internment and forced indoctrination of Uighurs. https://t.co/Veoj40IKqB pic.twitter.com/7RL8mEzKur

In the second major leak in just days of the inner-workings of the CCP in Xinjiang, the papers—the China Cables—reveal that “Chinese police are guided by a massive data collection and analysis system that uses artificial intelligence to select entire categories of Xinjiang residents for detention.”

In the space of just one week, the names of hundreds of thousands of Uyghurs and other ethnic minorities in the region were issued for arrest and interrogation using data collected by mass surveillance technology, according to the ICIJ report.

Vast amounts of “intimate personal data” were obtained by the CCP through warrantless manual searches at Xinjiang’s checkpoints, facial recognition cameras, and “other means,” the report states.

Since at least 2016, individuals, or “suspicious persons,” were targeted with artificial intelligence for using a mobile file-sharing application developed by DewMobile Inc. called Zapya—known in Chinese as Kuai Ya. The application allows smartphone users to share files with others offline and often encouraged its users to download the Quran and spread Islam’s teachings with others, according to its website.

Government officials were ordered to monitor those using the app for affiliations with ISIS or other terrorist groups, a China Cables document shows. The documents described the individuals as “violent terrorists and extremist elements who used the ‘Kuai Ya’ software to spread audio and video with violent terroristic characteristics.”

Also among the documents obtained by the ICIJ is a 2017 list of guidelines from 2017 “that effectively serves as a manual for operating the camps,” including instructions on how to prevent detainees from escaping, how to keep details of the camps from being exposed, how to indoctrinate detainees, and “when to let detainees see relatives or even use the toilet.”

Another was a 2018 court case in southern Xinjiang, which detailed allegations made against a Uyghur man in September 2017 on a charge of “inciting extreme thoughts,” which included his urging of co-workers to avoid pornography in line with Islamic belief. He was later sentenced with other charges to 10 years in prison, the documents showed.

The ICIJ, who received the documents from an anonymous source, verified the papers by examining state media reports and public notices from the time, consulting experts, cross-checking signatures, and confirming the contents with former camp employees and detainees.

The Epoch Times in January 2019 obtained a separate confidentiality agreement for prisoners detained at a facility located in Awat County, Xinjiang, which said that prisoners must not “reveal the study, life, number of people, and internal workings of the training centers” through social media, SMS messaging, or media interviews, or they will be held accountable “according to the relevant laws and regulations of our country.”

Adrian Zenz, a leading security expert on the region, said the newly leaked documents are significant as they confirm the CCP’s high-tech mass detention in the 21st century in the words of the Chinese government itself.

“They confirm that this is a form of cultural genocide,” said Zenz. “It really shows that from the onset, the Chinese government had a plan.”

Zenz said the documents echo the aim of the camps as outlined in a 2017 report from a local branch of the Xinjiang Ministry of Justice: To “wash brains, cleanse hearts, support the right, remove the wrong.”

CCP officials say the mass detentions among the Uyghur population, the majority of whom practise Islam, are part of measures to crack down on terrorism, religious extremism, and separatism in the country. The CCP has referred to potential “extremist threats” in order to justify its strict surveillance and crackdown on Uyghurs and other ethnic minority groups in the Xinjiang region.

First-hand accounts described to The Epoch Times have also revealed attempts by authorities to strip Uyghur detainees of their culture and language, forcing them to denounce their faith and pledge loyalty to the CCP and its leader. If detainees fail to follow orders, they may be subject to several forms of torture as punishment.

Despite the emergence of classified documents and intensifying pressure from international communities condemning Beijing, the Chinese government continues to deny any mistreatment of Uyghurs or others in Xinjiang.