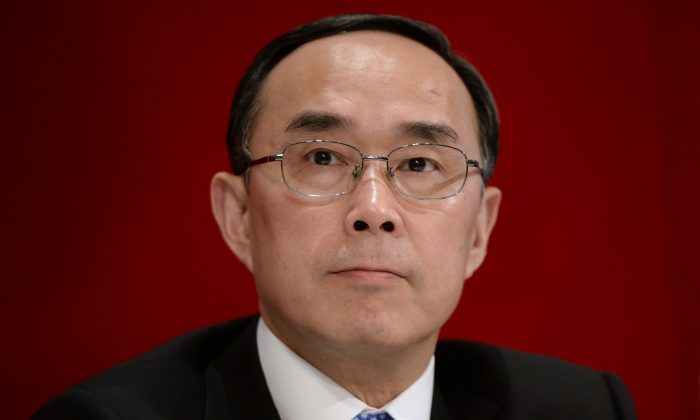 Chairman and CEO of China Unicom Chang Xiaobing speaks during a press conference in Hong Kong on Aug. 8, 2013. The company is alleged to be able to spy on its users, according to a Chinese security website. (Dale de la Rey/AFP/Getty Images)
China

China Unicom Could Monitor Any of Its Cellphones, Researcher Found

China Unicom one of China’s largest state-run telecommunications firms has systems in place to listen in on phone calls and track the locations of its users. The findings were posted on Jan. 8 by a user nicknamed “Bystander Jia” to WooYun.org,—a website where security researchers report vulnerabilities and vendors give feedback.

In order to spy on its users, China Unicom would only need the targeted user’s cellphone number, according to the post from Bystander Jia. The system can also track email accounts registered with the cellphone, as well as technical information on the phone itself including its IMEI number and model.

In order to spy on its users, China Unicom would only need the targeted user’s cellphone number, according to the post from Bystander Jia.

The news comes just one month after the Chinese regime’s public security bureau at Wenzhou Economic and Technological Development Zone in southeastern Zhejiang Province, was reported to have purchased Trojan horse malware to monitor cellphones of people in China.

In December 2014, the security bureau posted on its website that it spent 149,000 yuan (close to $23,976) on the Trojan horse targeting Android cellphones and jailbroken iPhones. It said it spent an additional 100,000 yuan (close to $16,091) on a system to infect Android and iPhone smartphones with the Trojan.

China Unicom also now joins the likes of Huawei and ZTE, other major Chinese telecommunication companies, believed to pose major security risks to users. The U.S. House Intelligence Committee released a report in October 2012 listing some of the security concerns around Huawei and ZTE. Huawei also has links to the Chinese military.

Several backdoors have been discovered by researchers in Huawei’s telecommunication equipment, which could allow the Chinese regime access to any information passing through. Close to a third of all Huawei’s cellphones are reportedly under risk of being monitored by the Chinese regime.

In an interview with Radio Free Asia, Ye Du, a Chinese independent writer, claimed that users in China are aware the Chinese regime is trying to monitor the popular social networking websites Weibo and Weixin, in particular. This fact is one of the red flags in China Unicom’s system that can detect a user’s social networking accounts.

Ye said, “The blatant act by the security bureau, purchasing Trojan horse software from a state-owned technology company to monitor cellphone users, shows that the stability maintenance has reached an alarming level in China.”